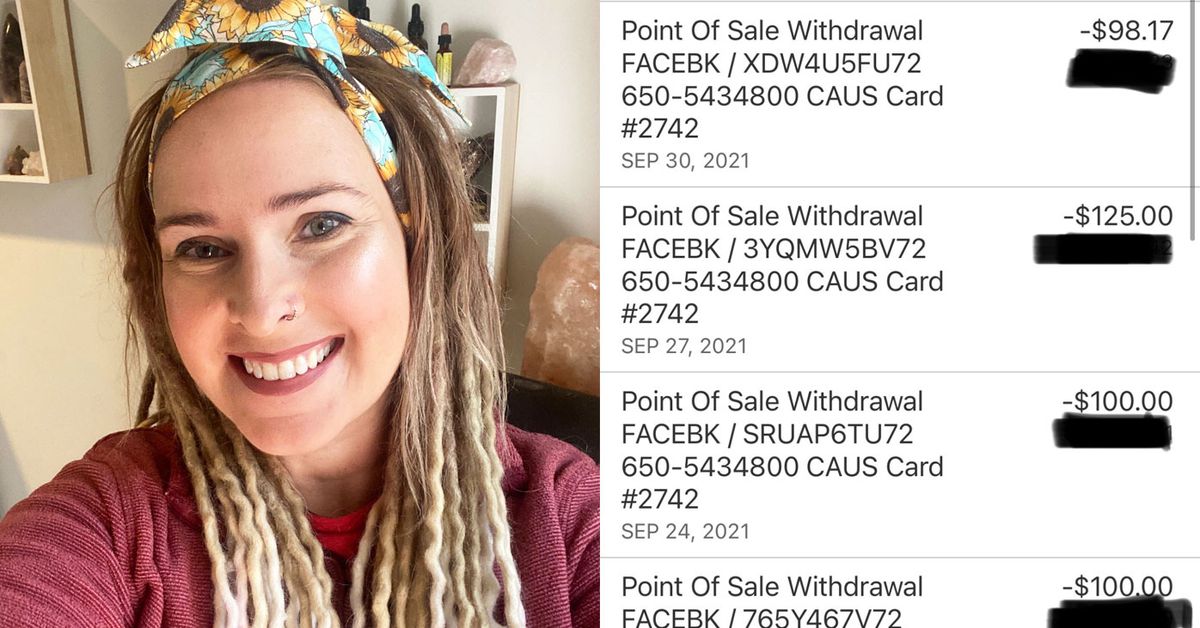 From there, they also took control of the account she uses to run her small business, wiping out 90 percent of the client base she has been building up for the past four years – almost in an instant.

Ms McTaggart is among many small business owners who say they have had their Facebook pages hacked and fraudulent charges made on their PayPal or bank accounts as the scammers buy up ads with their money.

It was last Thursday evening when Ms McTaggart first noticed something was happening with her Facebook account.

“Then, about five minutes later, Facebook sent me an email saying my account had been disabled because I had breached community standards,” she said.

The hackers had used a well-known technique, previously reported on by 9news.com.au, which involves changing the profile picture of the account they have hacked to that of a flag associated with the terrorist group ISIS.

The ISIS flag breaches Facebook’s community standards and automatically triggers an alert which causes Facebook to boot the user out of their account.

In another measure designed to keep her out, the hackers also changed Ms McTaggart’s age on her account, making her too young to own a Facebook account.

Ms McTaggart said she immediately took measures to to try report the hack to Facebook and prove her identity and age, but they were unsuccessful.

Next, the hackers took control of her business page.

“I woke up the next morning and I received an email from PayPal saying a payment of $320 had been authorised for Facebook ads,” Ms McTaggart said.

Ms McTaggart had previously used the PayPal account to buy ads for her dreadlock business – Better Off Dread – where she creates and maintains dreadlocks for clients as well as selling accessories.

The mother-of-one said she was devastated to lose access to both her personal and business page.

Her business, which is largely run out of Facebook, was her livelihood, Ms McTaggart said.

“It is so distressing. Close to 90 percent of my new business inquiries come through Facebook,” she said.

“Almost all of my communications with my clients is on Facebook, so disabling is my account has completely cut off my capacity to talk to any of those people.

“I’m booked out with clients until mid-January, and I have no way of confirming appointments with those people. They’ve got no way of cancelling if they are sick.”

Ms McTaggart said she was initially confident she would be able to get access to her accounts back.

“I was thinking of course this will get resolved,” she said.

But, after exhausting all of the suggestions offered by Facebook’s customer service department online, Ms McTaggart said she was left frustrated by Facebook’s lack of accountability, with no number available to call the social media giant directly.

“It just dawned on me gradually that this was quite a complex situation, and there is actually no way to speak to a human at Facebook,” she said.

PayPal had also refused to refund the $320 the hackers spent on ads, she said.

“PayPal won’t refund that as I had an advertising agreement in place with Facebook,” she said.

“And I haven’t been able to communicate with anyone at Facebook to get them to refund it.”

Ms McTaggart’s story is familiar to Ianni Nicolaou, a US real estate agent from Alabama.

Mr Nicolaou had his personal Facebook page and his business page hacked two months ago in August and has been unable to regain access to them both ever since.

“It’s awful. I’m a realtor and it’s absolutely necessary to use the platform these days,” Mr Nicolaou told 9News .com.au.

“I have a business page that I run advertisements through.

“I have invested money for my following, and now it’s gone – out of nowhere.”

After his accounts were hacked, Mr Nicolaou said he had also been hit with about A$1800 in charges made to the bank account linked to his Facebook business page.

“There were charges; charges after charges. They started at about $100 each and then kept getting bigger and bigger,” he said.

“What frustrated me the most is that there is no acknowledgement from Facebook. There is no-one to call at Facebook and say you have got fraudulent charges.

“I have literally tried everything but it is robots you are talking to.

“The way I feel is this is actually fraud. I can’t talk to a human who wants to help me but they are happy to take my money just fine.”

“We want to keep suspicious activity off our platform and protect people’s accounts, and are working to restore these accounts to the rightful owners,” she said.

“Online phishing techniques are not unique to Facebook, however we’re making significant investments in technology to protect the security of people’s accounts.

“We strongly encourage people to strengthen their online security by turning on app-based two-factor authentication and alerts for unrecognised logins.”