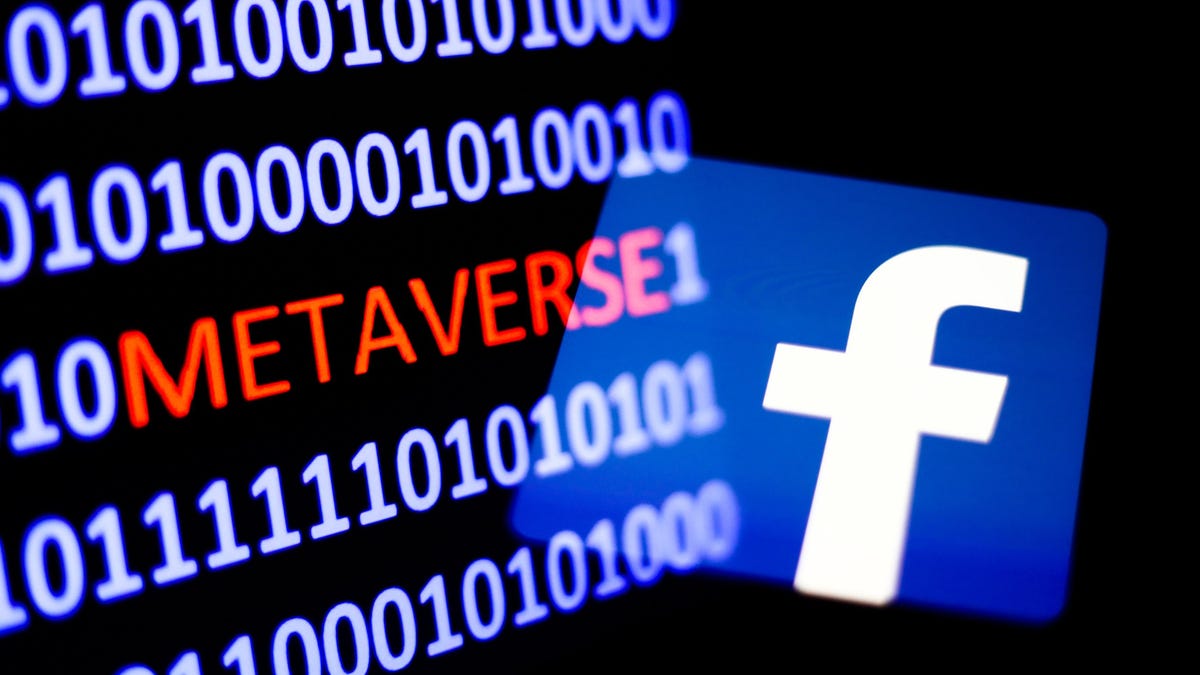 A metaverse largely run by Facebook—sorry, Meta—doesn’t sound like fun to me. With Facebook’s ambitions to create hardware and other technology for the so-called metaverse, it means more sensors in people’s homes, collecting vast amounts of data. You’re then trusting Facebook to keep data private.

At a time when many are moving to delete Facebook—or at least reduce their use of the social network—trust is a key factor. It’s why an increasing number of people are moving to iPhones and using Apple’s privacy features.

Facebook’s AI algorithm that leads people to extreme content has been under the spotlight and is at the center of recent allegations that the social network puts profits before people.

Now Meta and the metaverse have become the subject of a new warning made by Facebook whistleblower Frances Haugen. In an interview with the Associated Press, Haugen said the virtual reality world could give Facebook another monopoly online, as well as being addictive, and steal even more personal information from users.

Haugen said Facebook’s recent trumpeting of the metaverse is a screen behind which it can hide while its regulatory issues play out: “If you don’t like the conversation, you try to change the conversation,” she said.

Meta says the metaverse will be built responsibly

“The metaverse won’t be built overnight by a single company,” the blog reads. “We’ll collaborate with policymakers, experts and industry partners to bring this to life.”

Meta says it will work involve the human rights and civil rights communities from the start to ensure technologies are “built in a way that’s inclusive and empowering.”

The company also pointed to a $50 million investment in global research and program partners to ensure products are developed responsibly.

But Haugen doesn’t trust Facebook owner Meta to manage this, and has warned of the privacy implications. “So beyond the fact that these immersive environments are extremely addictive and they encourage people to unplug from the reality we actually live,” Haugen told the Associated Press, the metaverse will require people to put “many, many more sensors in our homes and our workplaces.”

This will of course impact the collection of people’s data, and their privacy.

Meta says it is looking into how it can minimize “the amount of data that’s used, build technology to enable privacy-protective data uses and give people transparency and control over their data.”

Part of the idea of Facebook’s metaverse is immersive mixed reality business meetings, via virtual meeting software called Horizon Workrooms. This could also be a privacy nightmare—Haugen warned people could be forced to participate in this new working ethos or lose their jobs. “If your employer decides they’re now a metaverse company, you have to give out way more personal data to a company that’s demonstrated that it lies whenever it is in its best interests,” she said.

See also  That Facebook Messenger update could be a phishing scam

“AI and machine learning give companies like Meta/Facebook the ability to aggregate vast quantities of data that influence every aspect of our lives,” says Phillip Dutton, co-CEO and co-founder at Solidatus, a technology firm that is currently focused on data privacy. That is why he says, that “regulators and the public are demanding transparency so they can trust their data is being used and protected appropriately.”

Trust in Facebook is low, and experts remain sceptical about the safety and privacy implications of the metaverse.

As Jake Moore, cybersecurity specialist at security company ESET points out, Facebook’s average age is 41 and that’s increasing each year—the social network will do what it needs to do to reach younger audiences. “Younger users is where their future lies, and they have come up with something that could be quite addictive to younger audiences. It’s what they are trying to focus on but they don’t know exactly where this is going to take them—it’s a good stab at future proofing their business model.”

Facebook doesn’t have a bad reputation by accident, Forbes’ Zak Doffman says in this week’s Straight Talking Cyber. “Am I to believe, Mark [Zuckerberg], that Meta is going to create a virtual world that you expect me to put my kids in and the simple task of taking toxic content down off your social platforms you have palpably failed to do. I don’t want my kids on it. The Metaverse needs to be a safe environment and people don’t think Facebook is safe at the moment and that’s going to be its biggest issue. Change its name as much as you like.”

It’s a complex and concerning issue but thankfully, the metaverse isn’t something that’s going to be built overnight: It will take 10 to 15 years to become anything like the vision set out by Meta and others. But in the meantime, people need to see Meta for what it is: A new name for Facebook, which as we all know does not have the best reputation for privacy.

Op-Ed: Think Facebook is invincible? Here’s how the social media giant can be held accountable

How To Set Up an Instagram Business Profile + 4 Benefits