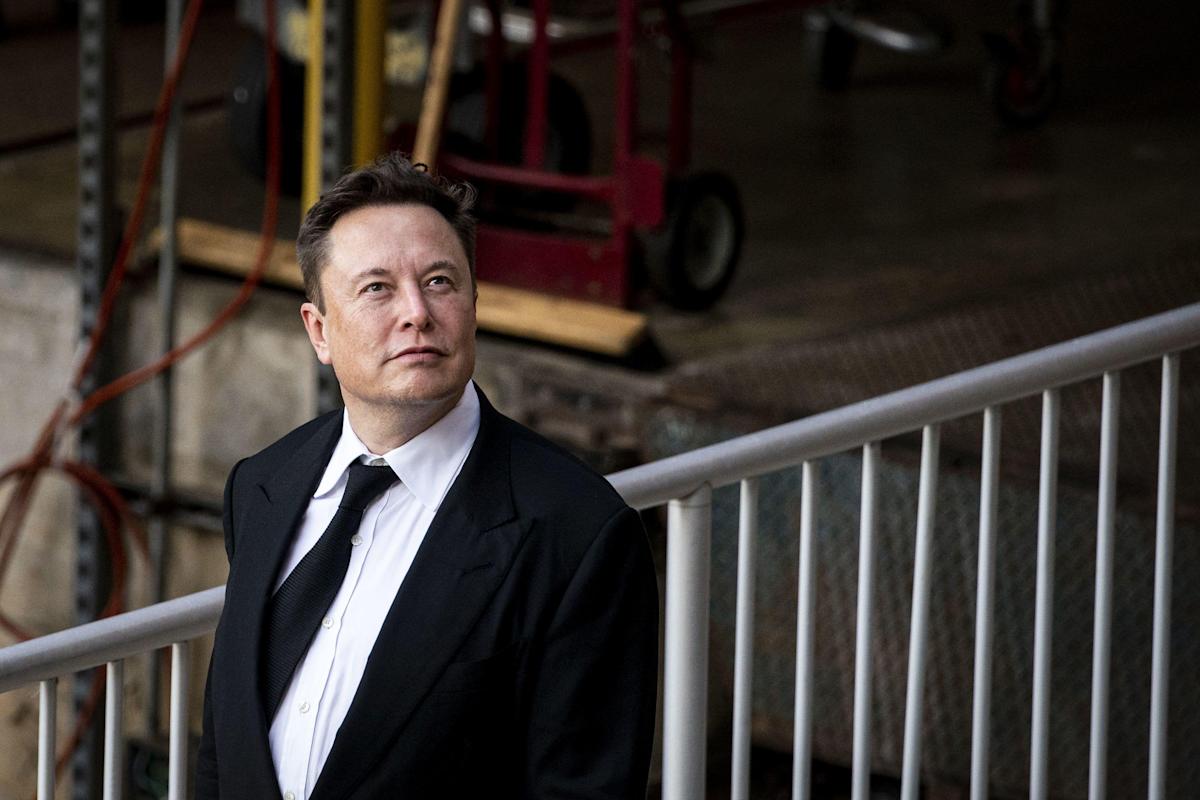 (Bloomberg) — Elon Musk’s social media followers have spoken: The Tesla Inc. chief should sell 10% of his stake in the electric-car maker.

A majority of 3.5 million Twitter users — 58% — said they’d support such a sale in a Twitter poll that Musk launched Saturday and closed shortly after 2:15 p.m. Sunday in New York. The stake would be valued at about $21 billion based on 170.5 million Tesla shares he holds.

“I was prepared to accept either outcome,” Musk said in a tweet after the poll closed.

A cryptocurrency version of Tesla’s shares trading on FTX suggests Musk’s tweeting may cause the shares to fall when Wall Street wakes up Monday. They were fetching $1,137.60 as of about 5:20 p.m. Sunday in New York, 6.9% lower than Friday’s close for the real stock.

The crowd-sourcing exercise is the latest example of Musk’s long history of using Twitter and his legions of fans on the platform to stoke interest in his company, sometimes pushing the envelope with tongue-in-cheek tweets. The world’s richest person proposed the move in a tweet citing recent discussions about the ultra-wealthy hoarding unrealized gains to avoid paying taxes. Musk doesn’t take a salary, but has to pay taxes on any stock options that he exercises.

Musk’s tweets have moved Tesla shares in the past, sometimes drawing the ire of authorities. Musk in 2018 agreed to get approval from a Tesla attorney prior to communicating material information to investors as part of a settlement with U.S. securities regulators. It wasn’t clear whether that official previewed Musk’s Twitter poll.

While large sales by insiders are often seen as a negative signal, a sale of this size won’t alter Tesla’s story in a meaningful way, said Dan Ives, an analyst at Wedbush Securities. Demand remains high for Tesla shares among both institutional and retail investors, he said. The unorthodox step of getting buy-in from fans and investors via a poll may also ease any concerns.

“Selling 10% is probably going to add 1.5% to 2% to the float, so it doesn’t really significantly move the needle,” Ives said in a phone interview. “I do believe that him doing it in this way definitely would soften the blow and would help the perception as well.”

The automaker’s stock has soared 73% this year to $1,222.09 as of Nov. 5, giving it a valuation of $1.2 trillion. The number of shares that Musk — its chief executive officer and largest shareholder — could be set to offload is equivalent to 80% of Tesla’s average daily trading volume in the past three months. The amount of stock he may potentially sell would be even greater if his options are included.

Musk’s fortune stands at $338 billion, according to the Bloomberg Billionaires Index. About one-quarter of that consists of Tesla stock options that he’s free to exercise at any time. The securities come from two big awards he received in 2012 and 2018. The older contracts expire in August next year.

If he exercised all of the options now and immediately sold the shares, they would net him $95.9 billion before taxes.

Musk may be signaling that he wants liquidity beyond the cash he’s secured by borrowing against his holdings in the EV maker. Last week he suggested he’d sell some stock if the UN could prove $6 billion could help alleviate world hunger. For years, Musk has said he would be the last to ever sell stock, and has often added to his position when Tesla has raised money from Wall Street so that his stake is not diluted.

Musk moved to Texas, which has no state personal income tax, in late 2020. But as Tesla’s market value has skyrocketed and his personal wealth has ballooned, Musk has become a symbol of rising inequality — something he appears to be sensitive to. He was among the billionaires mentioned in a Pro Publica investigation of how the ultra rich avoid paying taxes, and has become a target of members of Congress who are pushing a billionaires tax.

“Whether or not the world’s wealthiest man pays any taxes at all shouldn’t depend on the results of a Twitter poll,” U.S. Senator Ron Wyden, an Oregon Democrat, wrote in a tweet Saturday. “It’s time for the Billionaires Income Tax.”

On his way to becoming the world’s richest person, Musk has made millionaires — and even at least one billionaire — among some of his fans, employees and other investors. Among them is Leo KoGuan, a Singapore-based retail investor and business owner who used his already considerable wealth to amass more than $7 billion in Tesla shares.

Count KoGuan among those Twitter followers who say it’s time for Musk to take some money out of the automaker, even if it is just to use it in Musk’s other ventures exploring space and neural networks. “Politically and from tax point of view and given that Elon is poor in cash, he has no choice but to sell his stakes to pay tax and to be cash-rich,” KoGuan posted on Nov. 6.