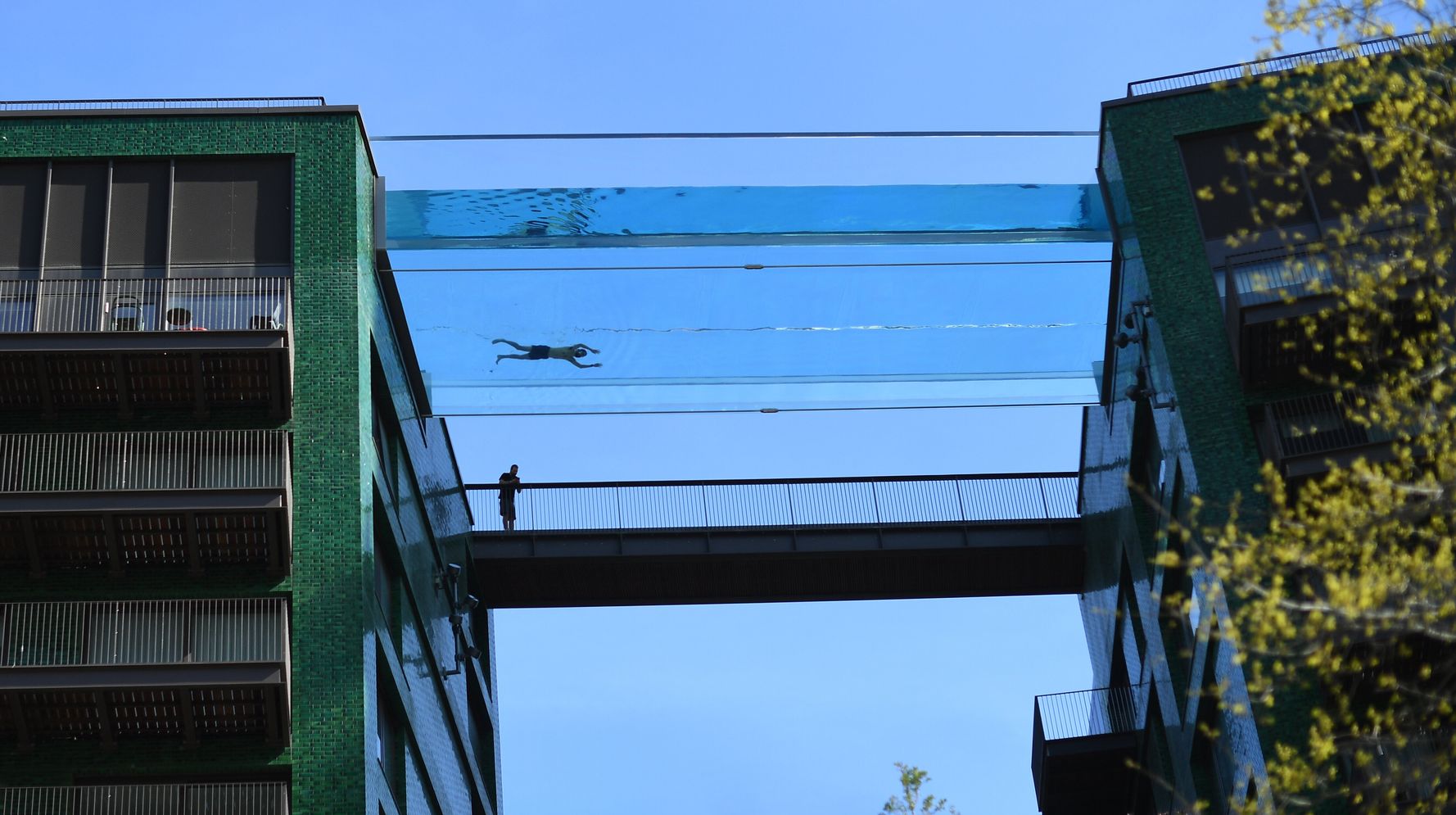 A see-through pool set 115 feet in the air between two London skyscrapers is definitely making a big splash online, but Twitter users found a way to throw cold water on it.

The Sky Pool at the Embassy Gardens apartments is the world’s largest floating acrylic pool ― 82 feet long, 46 of which are suspended in midair, according to the Robb Report.

Residents can swim from one side to the other and see the street 10 stories below.

The Sky Pool was officially opened to residents earlier this month, but it really made waves on Twitter Tuesday morning after the BBC posted video of it.

Swimmers enjoy warm weather in London at the Sky Pool which is believed to be the world’s first transparent pool built between two skyscrapers
https://t.co/mtRX8qvt0a pic.twitter.com/2skTGK9Jp7

While many people thought the Sky Pool was awesome, a lot of responses suggested a fear of heights combined with a fear of drowning, to the tune of “Hell, no!”

Not in a million years https://t.co/PzXztjqJ8U

Of course I’d get in that pool… and sit right on the steps the whole time. https://t.co/lHBIBWjJ6W

Certain images can only bring one song to mind… https://t.co/5u4kHnXfkv pic.twitter.com/FVt4DSPLCn

Just going to be honest. I’d poop in this pool if you made me swim across it. I’d be so frightened that is what I’d do. It would be like the scene in Caddyshack, but it wouldn’t be a Baby Ruth. It would be human poop. https://t.co/G1cEMIwh6g

This country is overdue a revolution https://t.co/cZeSbz7xHC

Today in “Not Enough ‘NOPE’ In The World”: https://t.co/AXndVEaSGb

“Alexa, please show me where the gods would consign me for eternity if I angered them.” https://t.co/cLfVPFs0Mu

Some people had questions.

This is absolutely just a scene from the opening of a disaster movie about earthquakes, right? https://t.co/LKN9VKTgtB

Was a bit busy this afternoon but have now spent about twenty minutes on eBay and I reckon you can get a drone, a small fish tank and some live piranhas for about two hundred quid. https://t.co/dlchueq0GR

good opportunity for someone to create the world’s most famous poop https://t.co/l6aR37yOGl 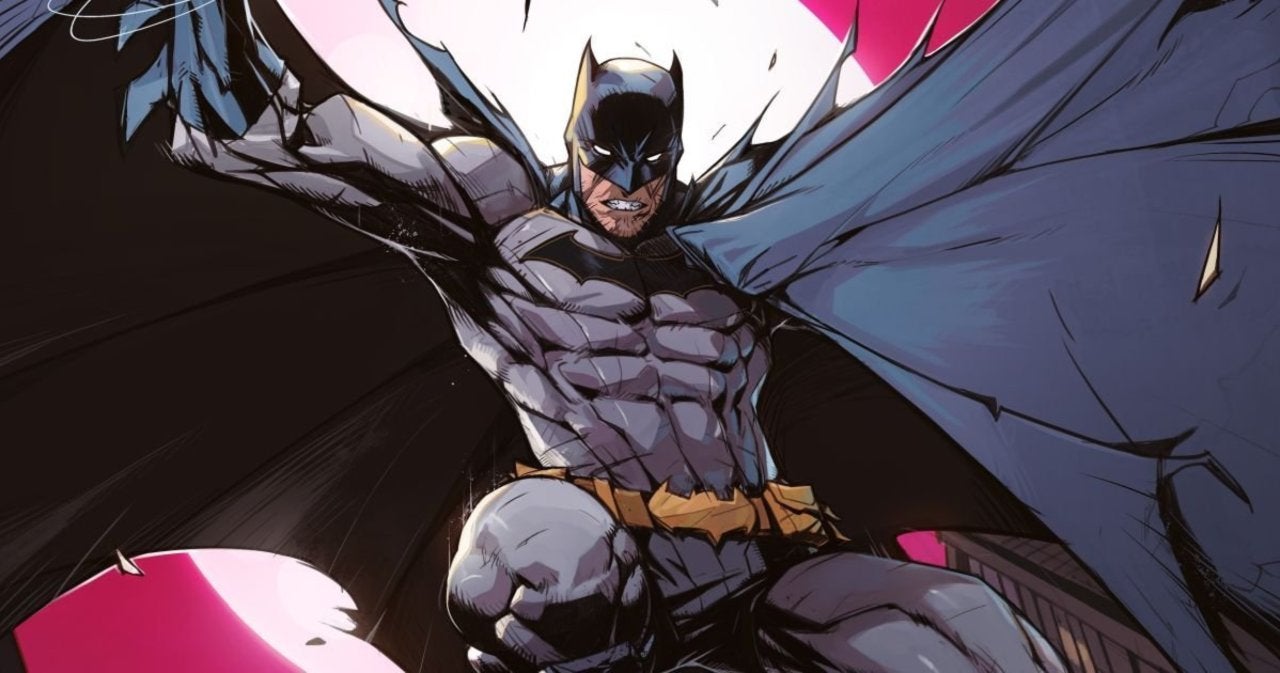 Among the real-world issues that are frequent topics of conversation, wealth inequality is one that comes up more than others. Particularly with the coronavirus pandemic having had massive economic implications, the wealth gap is an especially hot topic and on Monday, it spilled over from real life to the discussion of comics. Specifically, Bruce Wayne began trending on Twitter as Batman fans discussed the fictional character’s wealth, leading to some very interesting and sometimes heated debates on if Batman can truly be a hero as a billionaire or if there is more that Bruce Wayne the man could do outside of his vigilante alter ego in order to make the world a better place.

There’s actually quite a bit to unpack about the discussion and it’s honestly not the first time this has come up. Bruce Wayne’s wealth versus Batman’s efforts to save Gotham City come up fairly often with many fans wondering why Bruce doesn’t just use his wealth to make the changes in Gotham needed to stop the issues he suits up as Batman to fight. If crime is so bad, why not look into the source of the crime from a social standpoint? If people need jobs, create jobs. If other resources are few, create those resources. Surely a billionaire has the ability to do so, one side argues. Others argue that Bruce Wayne does do those things, but simply throwing money at the situation doesn’t solve it, meaning that Batman is still needed, not to mention that Gotham’s problems aren’t always the sort of things real-world problem-solving can sort out.

With the topic trending, a lot of Batman fans weighed in with their own thoughts. Some found themselves conflicted, some pointed out that versions of the character have done great things with their money — including walking away from the fortune (specifically referencing The Dark Knight Rises), while others simply insist that the character needs to be rewritten to be more realistic in terms of his money. There are even some that point out that the real issue isn’t Bruce Wayne, but Marvel’s Tony Stark who is both a billionaire and a war criminal.

Whatever your stance on Bruce Wayne, here is a selection of the discourse that sent him trending on Twitter. You can read them below and then let us know your thoughts in the comment section.

I thought Bruce Wayne was a philanthropist.

Like, I know real-world philanthropists don’t do as much as you’d hope, but neither do real-world vigilantes, so I assume *fictional* philanthropy counts.

But what about Tony Stark?

i find it so funny that bruce wayne is always the billionaire of comics that gets attacked for the way he uses his money when tony stark is a literal fkn war criminal but go off i guess pic.twitter.com/3SwlaXKzTg

Not how the world works

Billionaires should be vilified, not glamorized, and him being the richest man in the world shouldn’t be seen as a positive. I get the whole “but he uses his riches to make Gotham better” thing, but that’s just not how the world works.

My favorite Bruce Wayne used his wealth to fight climate change and provide for the whole city. And then gave everything to Alfred and the city to help orphans. pic.twitter.com/W8SIp0ZagN

I… sympathize with a lot of the Batman discourse, tbh.

It’s hard to reconcile a love of superheroes with “There Should Be No Billionaires.”

He shouldn’t be a billionaire.

The biggest thing Bruce Wayne could do to help society is not be a billionaire anymore. It doesn’t matter what he does with the money, the fact remains that he MAKES that money by exploiting the poor and working-class people of society.

He can do both

I swear people complaining about Batman and how he uses his money have to be willingly ignoring the fact that Bruce Wayne helps Gotham during the day, and helps during the night as Batman. pic.twitter.com/5kZ0S9HcIr

But seriously, what about Tony Stark?

Bruce Wayne is trending and getting attacked for the way he uses his money while the Marvel billionaire Tony Stark is a literal war criminal pic.twitter.com/dXk8Mfu2Nc 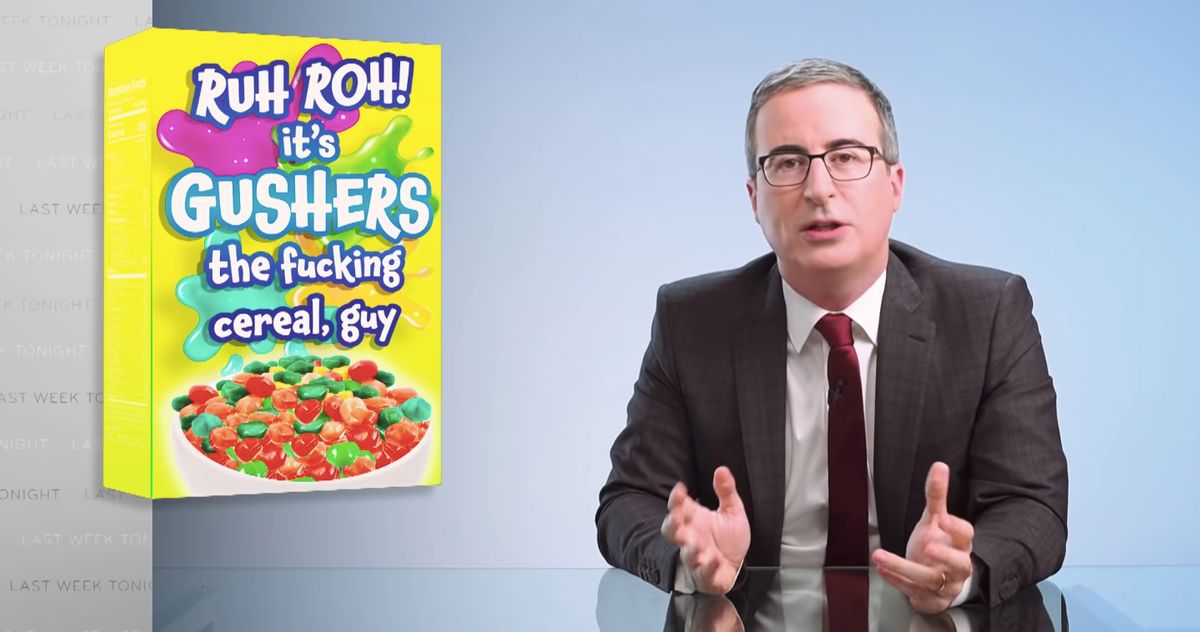 While Last Week Tonight is taking Sunday off for the Memorial Day holiday, John Oliver still took the time to film an impassioned rant against that most grievous of social ills: cereal not new or flashy enough. While the cornucopia of sugary depravity at your local grocery store will reassure you that, yes, there are a ton of new cereals (Nilla Banana Pudding cereal? Girl Scouts Thin Mints cereal? Get into it), Oliver’s larger point seems be cereal’s lack of prominence and innovation as the years go on. Cereal has become lazy, he asserts. And he’s pointing his finger at the Cheerios Twitter account as a prime culprit.

“They’ve submitted to the worst, toothless impulses that dominate positivity Twitter,” he declares, while revealing the heart-healthy oat cereal’s saccharine social media presence. “They deliver empty nonsense like, ‘Good morning! Today is yours.’ What?!” In the hopes of inspiring Cheerios to do better, or at least, more, Oliver issues a challenge: he’ll donate $25,000 to a charity chosen by Cheerios if they “simply use their official account to tweet, ‘Fuck you,’” even bumping up the offer to $50,000 if they direct the tweet to a non-famous random user. Truly, it’s an offer they absolutely can’t accept. 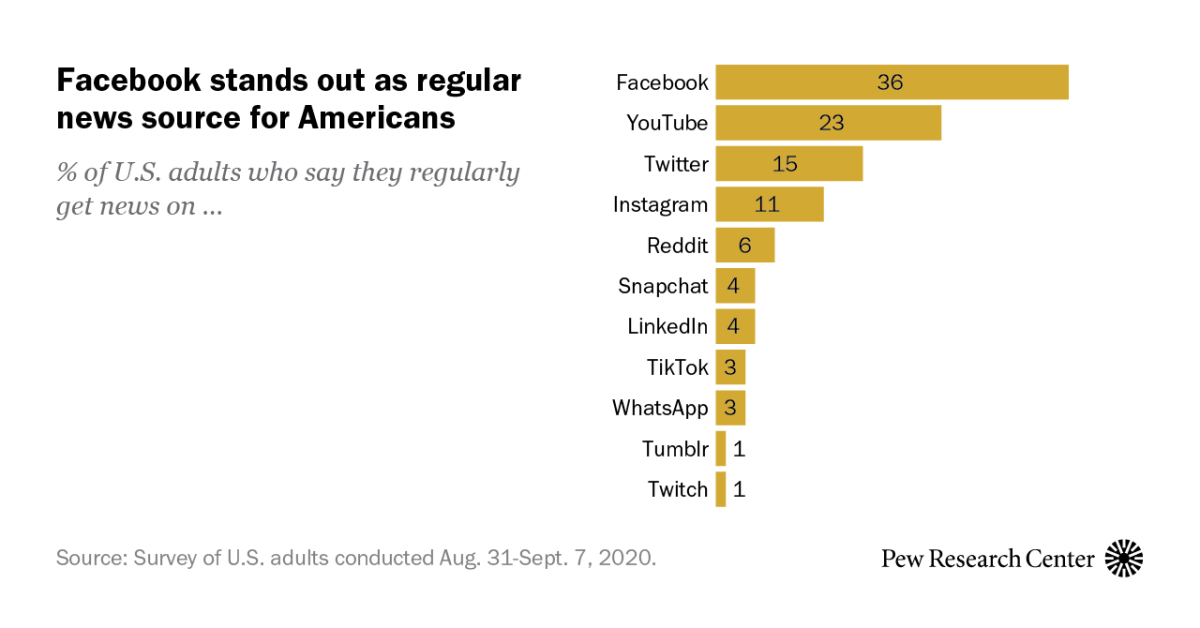 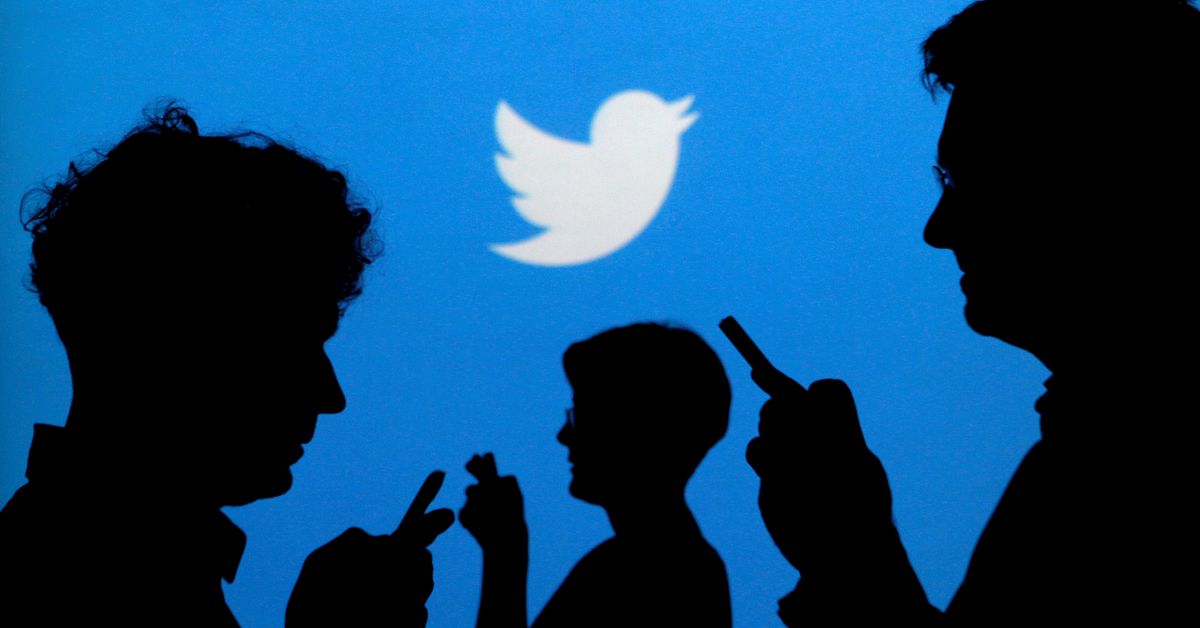 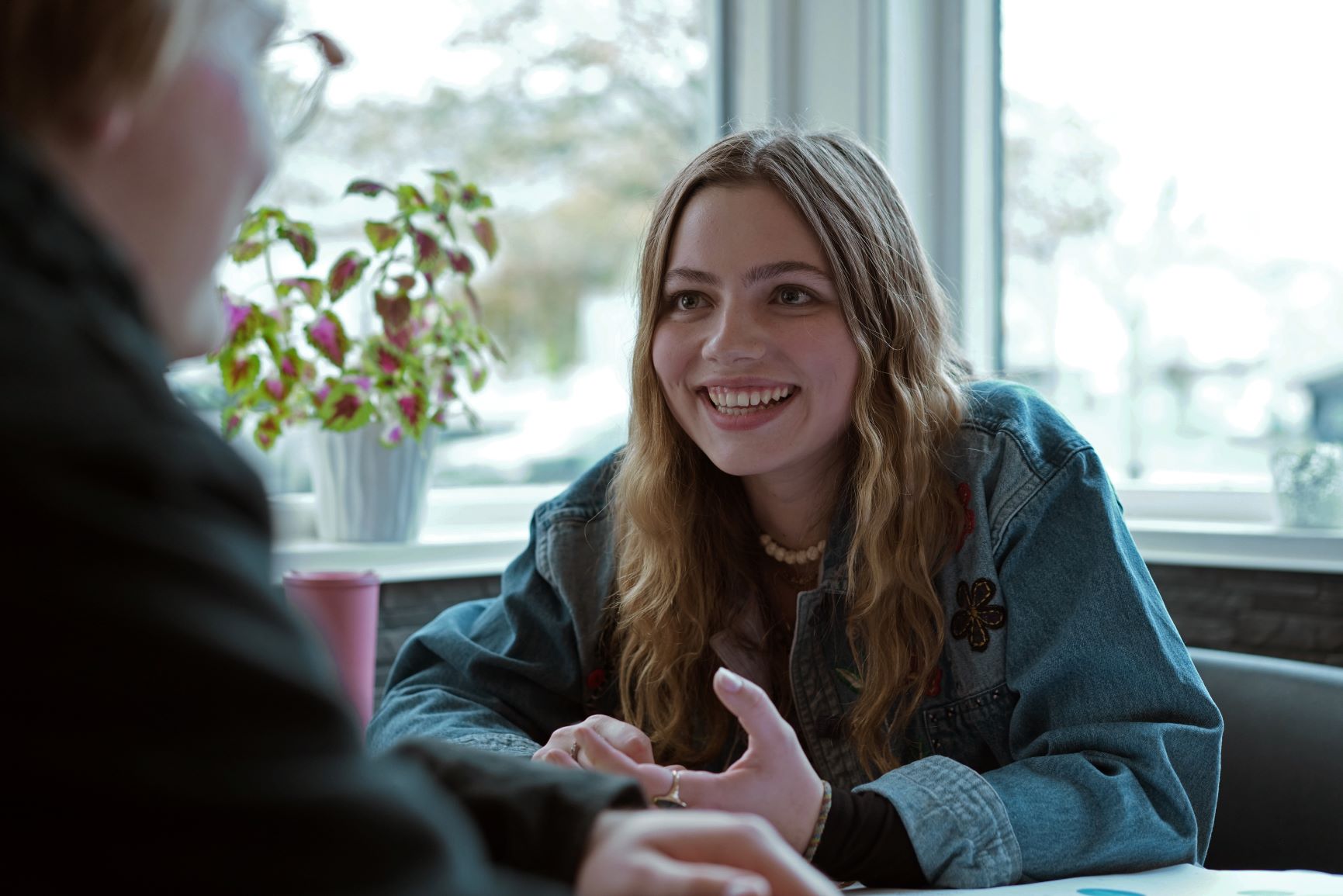 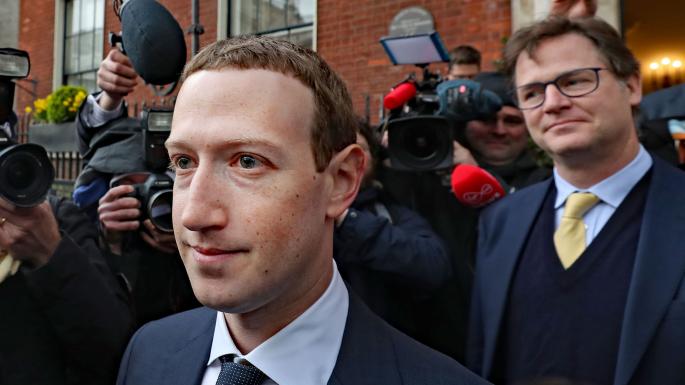