No one knows for sure whether a stock’s price will be higher or lower in a day, a year, or a decade. That’s one reason diversity is an important part of a healthy portfolio. Even so, you’ll probably feel more confident about certain investments, and that may affect the way you allocate your money.

For example, Pinterest (NYSE:PINS) is one of my largest holdings. I think this tech company has a unique value offering for both consumers and advertisers, which should help it capture more of the digital ad market over time. Here’s why.

The value for consumers

Pinterest started as a place where users could save and organize pins or visual media (including articles, images, and video), creating topical collections called boards. Over time, the company has invested heavily in computer vision and artificial intelligence, transforming the platform into a robust visual search engine built on 300 billion pins across 6 billion boards. 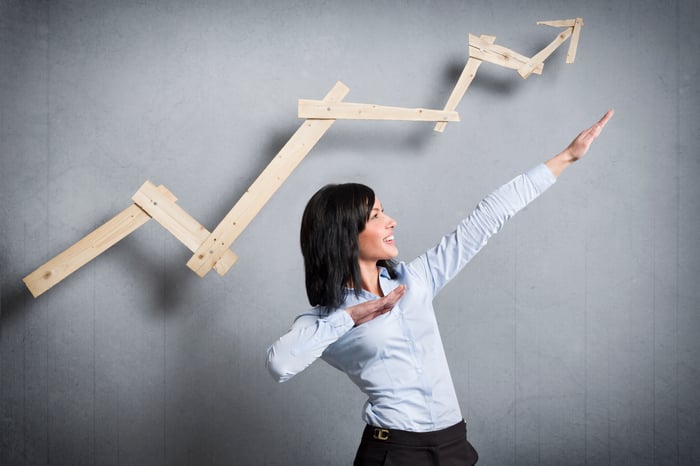 Pinterest uses technology like AI to identify relationships between pinners (users), pins, and boards. This means users receive personalized suggestions based on their interests. It also means users can search with images instead of text, which allows them to find visually similar products, even if they can’t describe them.

To further improve the platform’s utility, management has focused on making Pinterest more shoppable. For instance, the company added a shop tab to search results last year, making it easy to go from product to idea to purchase.

In other words, Pinterest is an AI-powered visual search engine, but it’s also a tool that bridges the gap between inspiration and action. That makes it unique among social media, while also differentiating it from other search engines and e-commerce sites. That’s why Pinterest is so valuable to consumers.

The value for advertisers

In other words, Pinterest helps marketers reach consumers early in the buying process before they’ve decided exactly what they want. In fact, 97% of searches on Pinterest are unbranded. From a marketer’s perspective, undecided consumers are much more valuable than a person with a specific product in mind.

Pinterest has also created a safe environment for brands. For instance, it banned political ads from the platform in 2018, and it chose not to monetize searches related to the coronavirus in 2020. This separates Pinterest from other social platforms, where tweets and newsfeeds can be filled with polarizing opinions or even hate speech. Put simply, marketing material on Pinterest is much less likely to appear alongside divisive content that could damage a brand’s reputation.

As this flywheel turns, Pinterest generates more revenue. That allows the company to make bigger investments in its platform, further increasing the value to both consumers and merchants.

This dynamic has powered strong user growth, while also increasing the average revenue per user (ARPU). Together, these forces have compounded to drive impressive top-line performance.

By 2022, digital ad spending is expected to reach $166 billion in the United States and $423 billion globally, according to the International Data Corp. (IDC). That puts Pinterest in front of a massive opportunity, and this flywheel effect should help it capture a good chunk of that market.

A word on risk

Pinterest is not currently profitable, as the company continues to invest heavily in growth. And shares trade at a relatively pricey 24 times sales, so investors should be ready to weather volatility with this stock.

However, Pinterest is unlike any other social media platform, e-commerce site, or search engine. That unique user experience is a big advantage — it has helped Pinterest gain traction with both consumers and advertisers, and it should power the company to even greater success in the future.

The Dust May Soon Settle For Farfetch Stock

Available Sample Report in PDF Version along with Graphs and [email protected] https://www.orbismarketreports.com/sample-request/167165?utm_source=PoojaMN

Analysis by Type: .
Cloud Based
Web Based

Regional Assessment: Global Social Networks Software Market
This referential document assessing the market has been compiled to understand diverse market developments across specific regional pockets such as Europe, North and Latin American countries, APAC nations, as well as several countries across MEA and RoW that are directly witnessing maneuvering developments over the years. A specific understanding on country level and local level developments have also been mindfully included in the report to encourage high rise growth declining market constraints and growth retardants.

The report does a brief analysis of the implications of the pandemic and its induced economic crisis on all the businesses operating in the global Social Networks Software market. The report presents concise information on how the Covid-19 crisis has impacted the production firms, and the overall supply chain in the previous year, the ongoing disruption due to the crisis, its future implications as well as the scope and opportunities in the market. Also, the report addresses the short-term phased recovery by the leading players in the key geographic regions. .

Points Covered in the Report:

• Global market overview with market shares of leading global competitors, worldwide market share scenario of the leading players, the impact of the Covid-19 pandemic on the leading players and the overall market, and a focus on the selected players.
• Market trends and drivers in the industry are presented in thereport.
• The estimates of the market and forecasts in million tons by region and by the country for the year 2020-2027 are provided in the report.
• The shift in the market share across key geographies is given in the report.
• The report identifies the critical factors in the global Social Networks Software market that need to be regulated boost the international market for the Social Networks Software industry.

Shoot your queries at:@ https://www.orbismarketreports.com/enquiry-before-buying/167165?utm_source=PoojaMN

About Us :
With unfailing market gauging skills, has been excelling in curating tailored business intelligence data across industry verticals. Constantly thriving to expand our skill development, our strength lies in dedicated intellectuals with dynamic problem solving intent, ever willing to mold boundaries to scale heights in market interpretation.

What are the benefits of social media account growth?

Social media accounts are of great significance nowadays. These accounts are not just a time pass to post pictures and videos, but it is the voice of the people who use them. You might know that Twitter is used by various famous personalities to share their opinions on several issues. Both businesses and individuals use various marketing techniques and Twitter growth services to reach their target audience and the goals they set. 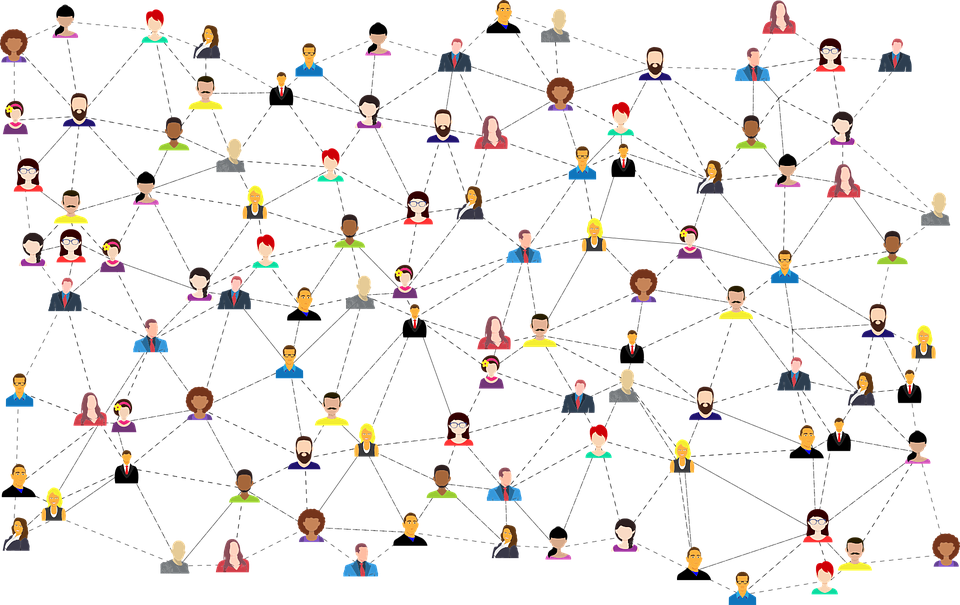 1. Exposure to a large audience

Half of the world’s population is active on social networking sites. You will get a huge audience to spread your brand awareness. You can easily connect with potential customers. You can share the feedback from existing customers to encourage more people to support your business.

Social media is the best way to grow insights. You can use posts and ads to increase traffic on your website. You need to express value through posts rather than focusing on only promotional activity. The pinned posts will be more convenient for your followers.

If you have a good number of genuine followers, you will have better engagement with them. This engagement will be a plus point to generate leads through advertising your business. You can design or edit your post accordingly to attract the eyes of the audience and raise interest in them. It will help to increase the number of sales.

Social media is the most reliable tool to promote your content. By creating an enticing post, you can bring the attention of the audience to your content. Once your audience starts loving your content, you can easily shift them to another platform to gain monetary support. Also, your content may go viral, which can bring sudden attention from viewers.

Having a good number of followers allows you to spread your message to the target audience. You can create a post to encourage more people to view your content. It is a cost-effective tool to get well recognized. Wherever you are living, you can make your content reach your targeted audience. That’s why you need to grow followers on your account by creating engaging content consistently. Try to respond to most of the comments and answer the common questions asked by your audience for better interaction.

The report covers comprehensive data on emerging trends, market drivers, growth opportunities, and restraints that can change the market dynamics of the industry. It provides an in-depth analysis of the market segments which include products, applications, and competitor analysis.

Some of the companies that are profiled in this report are:

Digital Retailing Market research report delivers a close watch on leading competitors with strategic analysis, micro and macro market trend and scenarios, pricing analysis and a holistic overview of the market situations in the forecast period. It is a professional and a detailed report focusing on primary and secondary drivers, market share, leading segments and geographical analysis. Further, key players, major collaborations, merger & acquisitions along with trending innovation and business policies are reviewed in the report.

Overview of the regional outlook of the Digital Retailing Market:

For Any Questions On This Report, Please Visit: https://dataintelo.com/enquiry-before-buying/?reportId=81550

We have studied the Digital Retailing Market in 360 degrees via. both primary & secondary research methodologies. This helped us in building an understanding of the current market dynamics, supply-demand gap, pricing trends, product preferences, consumer patterns & so on. The findings were further validated through primary research with industry experts & opinion leaders across countries. The data is further compiled & validated through various market estimation & data validation methodologies. Further, we also have our in-house data forecasting model to predict market growth up to 2028.

How you may use our products: 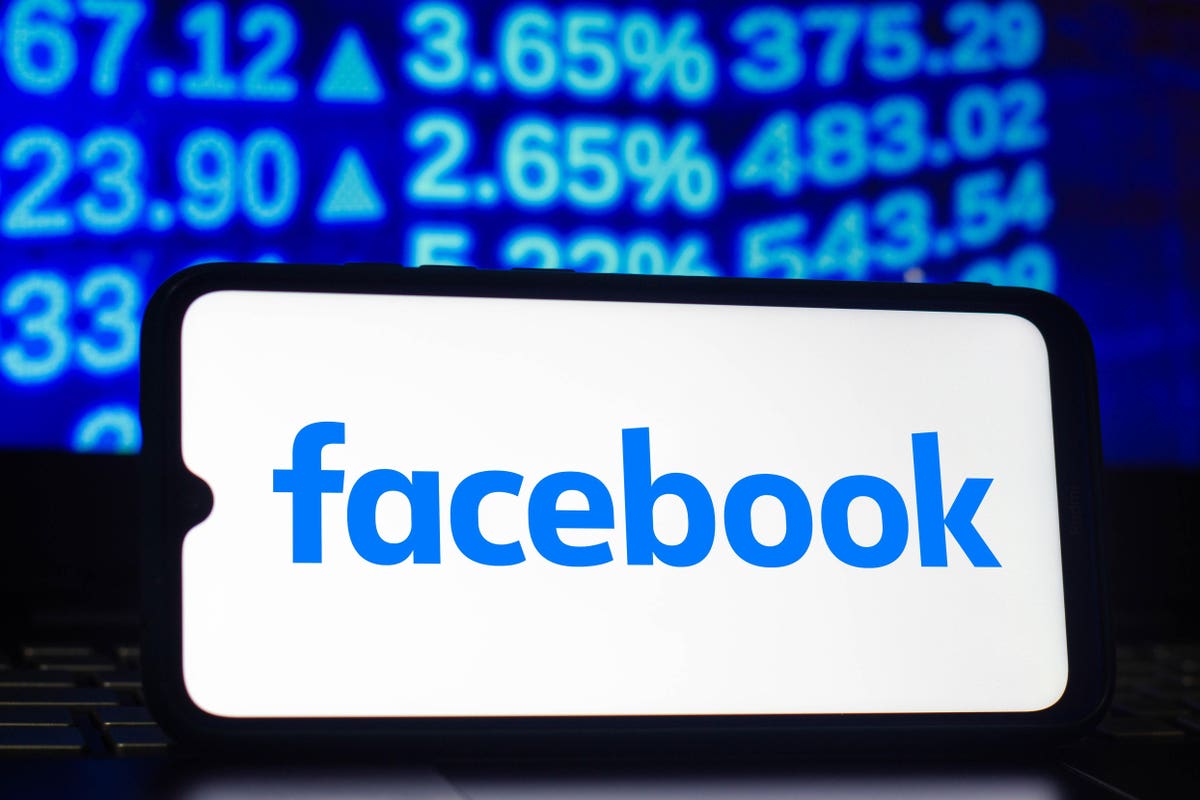 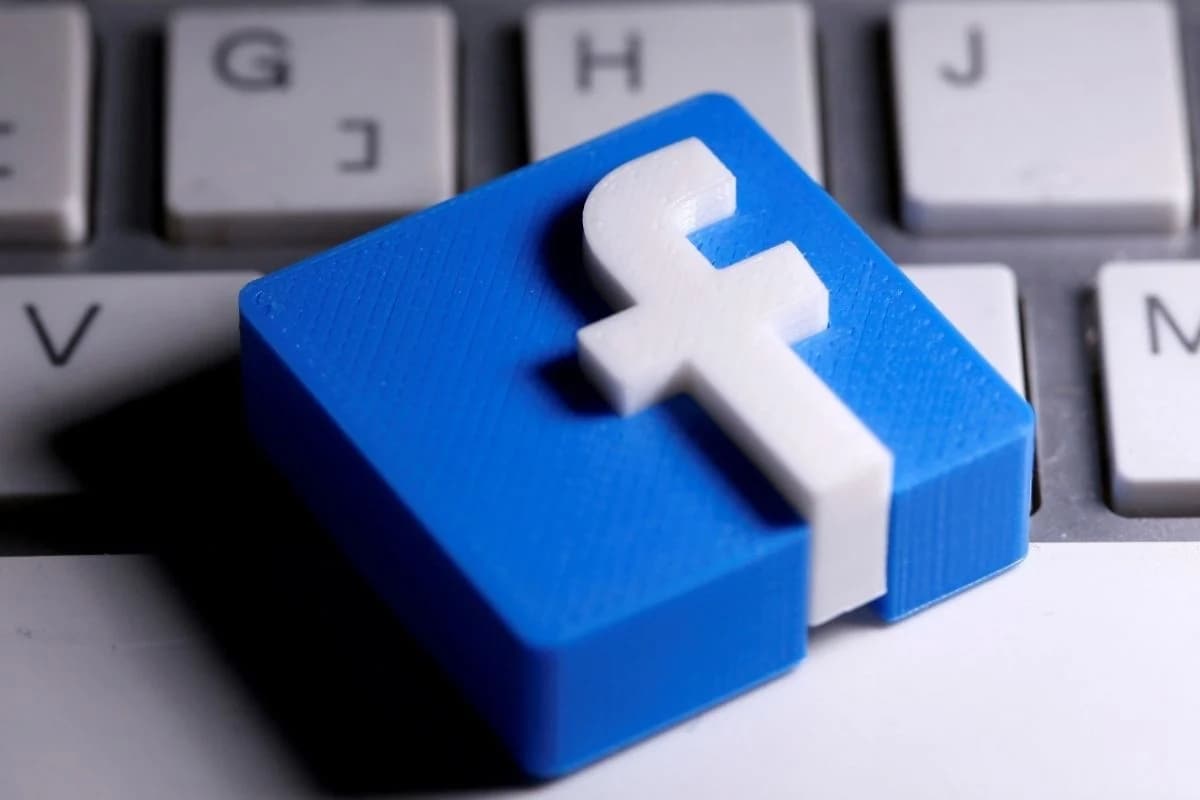 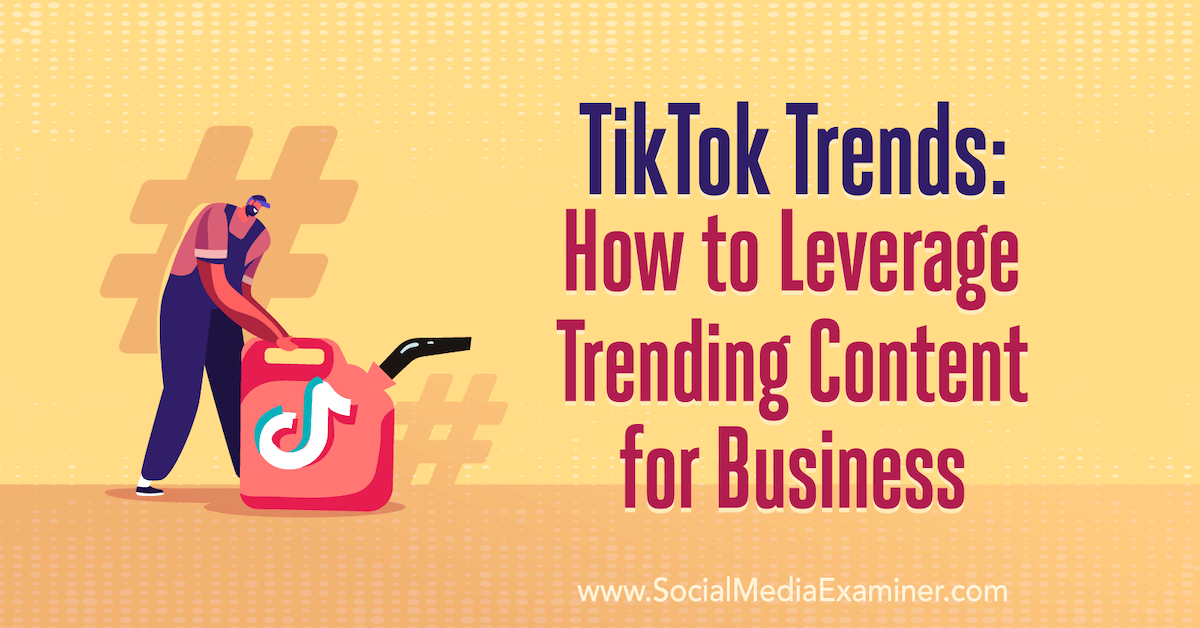 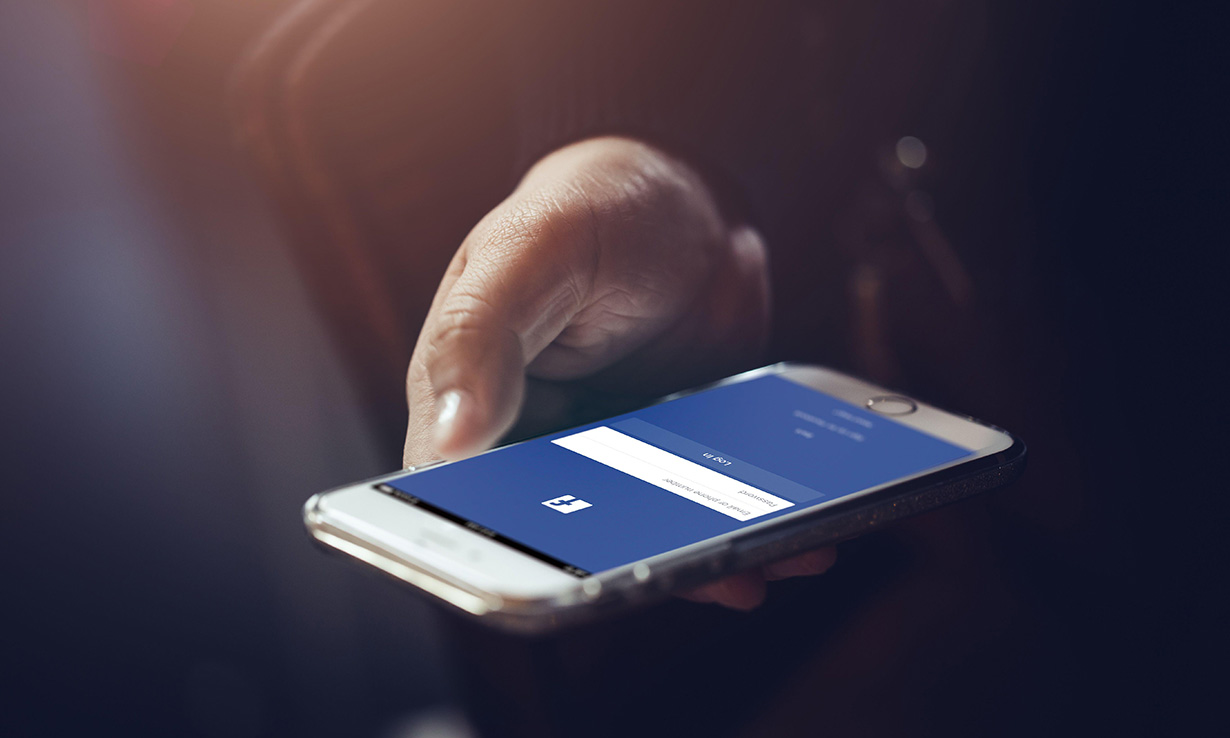