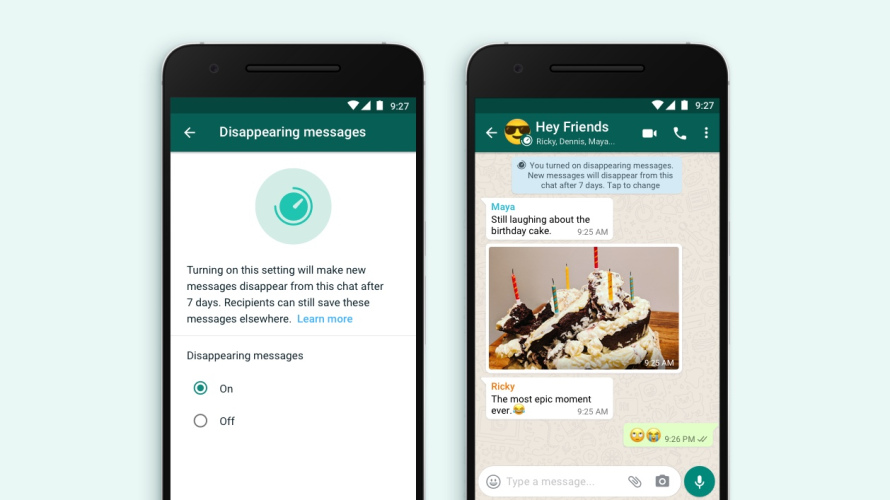 Today, WhatsApp messages often live on our phones forever. While it’s great to hold onto memories from friends and family, most of what we send doesn’t need to be everlasting.

Our goal is to make conversations on WhatsApp feel as close to in-person as possible, which means they shouldn’t have to stick around forever. That’s why we’re excited to introduce the option to use disappearing messages on WhatsApp.

We’re starting with seven days because we think it offers peace of mind that conversations aren’t permanent, while remaining practical so you don’t forget what you were chatting about. The shopping list or store address you received a few days ago will be there while you need it, and then disappear after you don’t. Read more about how to enable disappearing messages.

We hope people enjoy disappearing messages, which will be rolling out to users everywhere this month.

WhatsApp Payments: How to Send and Receive Money