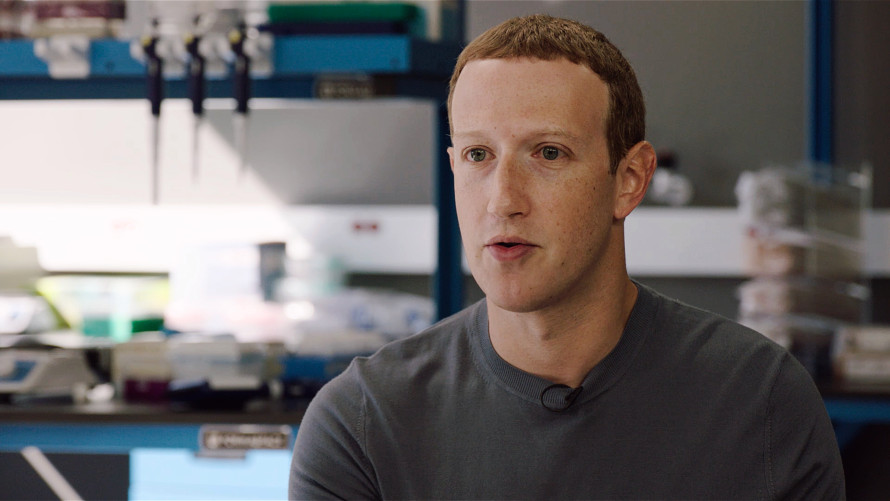 As the world fights COVID-19 and countries develop plans to reopen their societies, it’s critical to have a clear understanding of how the disease is spreading. Better data can help governments determine where to send resources such as ventilators and personal protective equipment — and eventually which areas are safe to start opening up again.

Getting accurate county-by-county data from across the US is challenging, and obtaining such focused data from across the whole world is even harder. But with a community of billions of people globally, Facebook can uniquely help researchers and health authorities get the information they need to respond to the outbreak and start planning for the recovery.

We recently started showing the Facebook community in the US an opt-in symptom survey run by health researchers at Carnegie Mellon University. The survey asked people if they have symptoms such as fevers, coughing, shortness of breath or loss of smell that are associated with COVID-19. Since experiencing symptoms is a precursor to becoming more seriously ill, this survey can help forecast how many cases hospitals will see in the days ahead and provide an early indicator of where the outbreak is growing and where the curve is being successfully flattened. The survey responses are sent to the researchers and aren’t accessible to Facebook.

On Monday, the team at Carnegie Mellon is publishing its initial findings. They’re getting approximately 1 million responses a week in the US, and the results are promising. They correlate with publicly available data on confirmed cases, which suggests this data can help predict where the disease will spread. They can also be used to build detailed county-by-county insights. The results indicate, for example, that in some New York City suburbs, an estimated 2 to 3% of people are experiencing COVID-19-like symptoms. Using aggregate data from Carnegie Mellon’s results, Facebook produced its first report and new interactive maps, which we plan to update daily through this outbreak. 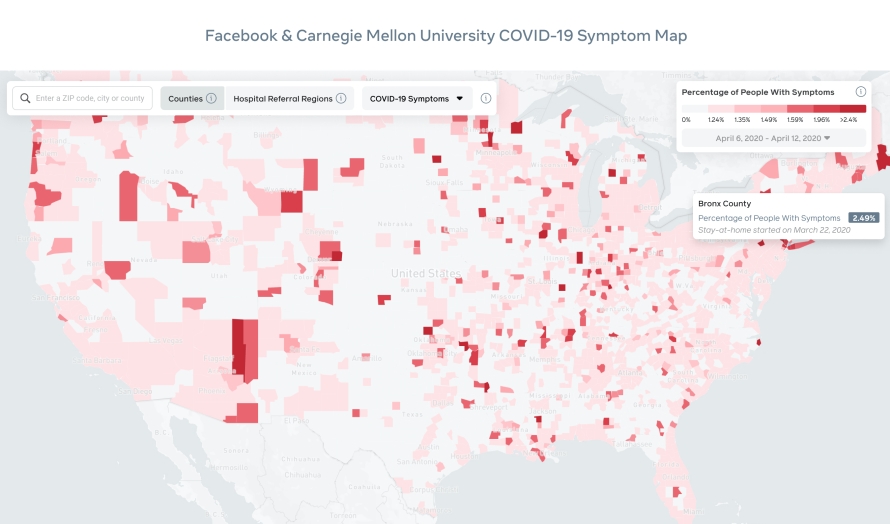 This is work that social networks are well-situated to do. By distributing surveys to large numbers of people whose identities we know, we can quickly generate enough signal to correct for biases and ensure sampling is done properly. We’re partnering with faculty from the University of Maryland to expand this survey globally, and the team at Carnegie Mellon is building an application programming interface, or API, that will let researchers everywhere access the results. We’re hopeful that this will help governments and public health officials around the world who might not otherwise have this kind of precise data to make decisions in the weeks and months ahead.

There are other ways data can help with the response. For example, we’ve released several new disease-prevention maps from our Data for Good program that show in aggregate where people are traveling and interacting between regions. Over the past few months, public health researchers have used these data sets to inform decisions across Asia, Europe and North America. Researchers in Taiwan have been able to identify the cities with the highest chance of infection; researchers in Italy are analyzing lockdown measures in relation to income inequality; and California officials are reviewing county-level data daily to steer public health messaging.

Data like this can unlock a lot of good. Since we’re all generating data from apps and devices every day, there will likely be many more opportunities to use the aggregate data to benefit public health. But it’s essential that this is done in a way that protects people’s privacy and respects human rights.

It’s important that organizations involved in this work commit to doing it in a way that protects people’s information and that any data collected is used solely for responding to public health emergencies and for other crisis response efforts. Fighting the pandemic has required taking unprecedented measures across society, but it shouldn’t mean sacrificing our privacy.

I’ve always believed that helping people come together as a community will help us address our greatest challenges — not just by sharing our experiences and supporting each other in crises but also by working together at scale to solve problems. The world has faced pandemics before, but this time we have a new superpower: the ability to gather and share data for good. If we use it responsibly, I’m optimistic that data can help the world respond to this health crisis and get us started on the road to recovery.

5 Alternatives to Zoom App for Video Conferences From Home