ByteDance has stepped up efforts to separate its social media app TikTok from much of its Chinese operations, amid a US national security panel’s inquiry into the safety of the personal data it handles, people familiar with the matter said. The Chinese technology company is seeking to provide assurances to the Committee on Foreign Investment in the United States (CFIUS) that personal data held by TikTok, which is widely popular with US teenagers, is stored securely in the United States and will not be compromised by Chinese authorities, the sources said.

ByteDance is hoping to avoid the fate of Chinese gaming company Beijing Kunlun Tech, which said in May it would agree to a CFIUS request to divest popular gay dating app Grindr following concerns about the security of personal data. It is also exploring exiting its investment in Grindr through an initial public offering.

ByteDance started to separate TikTok operationally before CFIUS approached it in October, because it wanted some of its staff to focus on TikTok, according to the sources.

It completed the separation of TikTok’s product and business development, marketing and legal teams from those of its Chinese social media app Douyin in the third quarter of this year, according to the sources, who requested anonymity to discuss the company’s internal arrangements.

During the summer, it also hired an external consultant to carry out audits on the integrity of the personal data it stores, the sources added. The company has said US user data is stored entirely in the United States, with a backup in Singapore. It has also said that the Chinese government does not have any jurisdiction over TikTok content.

Following the approach by CFIUS, TikTok is making a new push to set up a team in Mountain View, California, that will oversee data management, according to the sources. This team will determine whether Chinese-based engineers should have access to TikTok’s database, and monitor their activity, the sources said.

TikTok is also hiring more US engineers to reduce its reliance on staff in China, according to the sources.

It is not clear how effective these changes will be in appeasing CFIUS. A spokeswoman for the US Treasury Department, which chairs CFIUS, said it does not comment on information relating to specific CFIUS cases.

“Shifting a company’s operations away from China, geographically and technically, can give CFIUS more comfort that the company is really independent of its Chinese owner and the Chinese government,” said Nevena Simidjiyska, a partner at law firm Fox Rothschild LLP who advises companies on CFIUS reviews and is not involved in the TikTok case.

US Concerns
TikTok employs about 400 people in the United States, up from 20 people at the time of the Musical.ly acquisition, the sources said. Most of the new employees joined this year, as TikTok built its US operations, the sources added. ByteDance has 50,000 employees around the world.

U.S. lawmakers called last month for a national security probe into TikTok, expressing concern that the Chinese company may be censoring politically sensitive content, and raising questions about how it stores personal data. Last week, US Army Secretary Ryan McCarthy said the US military is undertaking a security assessment of TikTok.

The CFIUS probe is currently focused on the handling of personal data, rather than censorship, according to two of the sources. ByteDance views the CFIUS investigation as informal, and has not yet been subjected to an official review, one of the sources added.

Some of the personal data that TikTok stores, such as a person’s name, age, email address and phone number, is submitted by its users. Other information, related to a person’s location, is collected automatically, according to TikTok’s website. TikTok also stores user-generated content, such as photographs and videos.

Launched just two years ago, TikTok has been downloaded 1.5 billion times, making it the third most downloaded non-gaming app of the year, after Facebook’s WhatsApp and Messenger apps, according to research firm SensorTower.

ByteDance is one of China’s fastest growing startups. It owns the country’s leading news aggregator, Jinri Toutiao, as well as TikTok, which has attracted celebrities like Ariana Grande and Katy Perry. 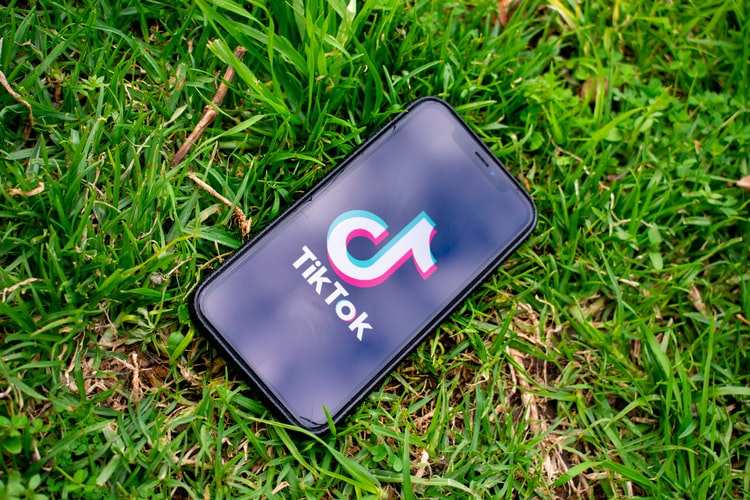 Chinese giant ByteDance has fired hundreds of employees in India, as the ban on Chinese apps including the company’s popular app TikTok remains banned in the country.

In an email to its employees on Wednesday morning, the company said that it was scaling down its employee size in India, as there has been no intimation from the government regarding a possible solution to the ban.

“We initially hoped that this situation would be short-lived, and that we would be able to resolve this quickly. Seven months later, we find that has not been the case. Many of you have patiently waited to hear how this would play out, which has been very stressful. Thank you for your continued belief and trust in us,” wrote TikTok CEO Vanessa Pappas and VP of Global Business Blake Chandlee in an email to India employees today, as reported by
TechCrunch.

“We have worked steadfastly to comply with the Government of India order issued on June 29, 2020. We continually strive to make our apps comply with local laws and regulations and do our best to address any concerns they have. It is therefore disappointing that in the ensuing seven months, despite our efforts we have not been given a clear direction on how and when our apps could be reinstated. It is deeply regretful that after supporting our 2000+ employees in India for more than half a year, we have no choice but to scale back the size of our workforce. We look forward to receiving the opportunity to relaunch TikTok and support the hundreds of millions of users, artists, story-tellers, educators and performers in India,” said a TikTok spokesperson.

Not just in India, TikTok saw complications in its business in India as former US President Donald Trump threatened to ban the app unless the company sold off its business to an American company – which it was eventually to Walmart and Oracle.

However, even with all the ups and downs in its businesses across the globe, Bytedance has
reportedly raked in $37 billion in revenue in 2020, including $7 billion in profit.

CAG is hiring more than 10,000 accountants and auditors around the country

YouTube says its TikTok competitor is getting 3.5 billion views a day in India test run

YouTube’s short-form video feature Shorts, which aims to compete with TikTok, is achieving 3.5 billion views per day during its early test run in India, the company said Tuesday.

YouTube does not reveal detailed statistics for the service overall, but has said that 2 billion logged-in users visit every month, and that people watch a billion hours of video on the service every day.

The latest metric comes as Google-owned YouTube said it is looking to expand Shorts to more markets in 2021, according to a blog post YouTube CEO Susan Wojcicki published Tuesday morning.

The company unveiled an early beta of Shorts in India in September. Shorts will be part of the YouTube app and looks a lot like TikTok, with an option to add music, change the speed of the video and more. But video length is capped at just 15 seconds. TikTok videos can be up to a minute long.

Wojcicki also said the following in her letter:

A woman claims her TikTok followers “saved her life” after she found a message written in snow outside her home.

Jade Jules, 27, from Newfoundland in Canada, took to the social media app on January 12 to ask viewers what the symbols meant after noticing the writing while taking out her garbage.

“This on the top of my garbage bucket,” she says in the video.

While Ms Jules couldn’t figure it out a number of her TikTok followers floated a theory.

“You’re being watched,” one woman wrote.

Viewers believed the “1F” might be a way of indicating “one female” lived in Ms Jules’s abode and several demanded she call the police.

“They are telling people who are supposed to rob you or whatever that you live alone,” another woman wrote.

Others reacted in horror.

While it’s not exactly clear if she has been targeted by criminals, Ms Jules said in a separate TikTok video police wiped the message off her bin and told her to “stay safe”.

She told the Metro she’s since moved in with her mum.

“I thought people on TikTok would know and help me, which they did. I’m very thankful for everyone who helped me,” she told the paper.

“My followers definitely saved my life… I had zero clue on what it meant.”

Ms Jules has now installed surveillance equipment at her how and is planning to move back into it with her mum.

Do you have a story tip? Email: newsroomau@yahoonews.com.