TikTok owner Beijing ByteDance Technology is in talks with big music labels – Universal Music, Sony Music and Warner Music – for global licensing deals to include their songs on its new music subscription service, the Financial Times reported on Sunday.

ByteDance is looking to launch its music streaming as soon as next month, initially in emerging markets such as India, Indonesia and Brazil, before a future opening in the United States, the FT reported, citing people familiar with the matter.

In addition to on-demand music, ByteDance’s app will include a library of short video clips for listeners to search through and sync to songs as they listen, the report added.

ByteDance has not given a name to its music app yet and pricing remains unclear, although it is expected to cost less than the $10 (roughly Rs. 700) a month charged by Spotify, Apple, and others in the United States, according to the report.

The company was not immediately available for comment on Sunday. 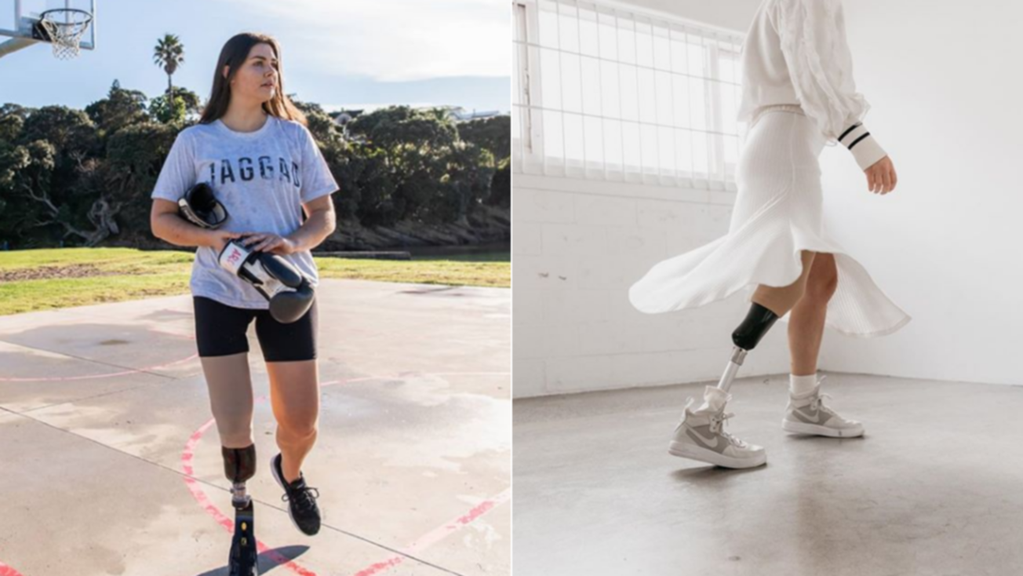 Amputee, model and body positivity advocate Jess Quinn has lashed out at ever-growing social media network TikTok for censoring disabled people because it deemed them “susceptible” to bullying.

The 27-year-old New Zealander, who lost her leg to cancer when she was nine years old, shared her message on Instagram on Thursday.

Accompanying a video of her dancing with her prosthesis and wearing a hoodie with the words “all bodies welcome here” was a stark message for the video-based social media network.

“I hear you have shadow banned videos by ‘disabled, fat or LGBTQ ‘ users because they’re ‘vulnerable to bullying if their videos reach a wide audience’,” Quinn wrote.

Shadow banning is the practice by social media platforms of blocking users so it is not obvious to the user that they or their comments have been blocked.

“Well, on behalf of all of those people, the only bullying is your exclusion of people who you believe are ‘vulnerable’,” Quinn wrote.

“I thought I’d add a little video to your app of my ‘vulnerable’ self, wearing a sweatshirt that says ALL BODIES WELCOME HERE, while removing one of my body parts.”

Her frustrations are due to an early edition of the app’s terms and conditions, which restricted content from people “susceptible to bullying or harassment based on their physical or mental condition”.

Though Quinn says this never affected her personally, she was distressed it could have.

In the video below, an explainer of what TikTok actually is

In response, TikTok has conceded it was “blunt and temporary”.

“This was never designed to be a long-term solution, but rather a way to help manage a troubling trend,” a spokeswoman told 7NEWS.com.au.

“While the intention was good, it became clear that the approach was wrong.

“We want TikTok to be a space where users can safely and freely express themselves, and we have long since changed the policy in favour of more nuanced anti-bullying policies and in-app protections.”

A blog post on the social network’s website says the user is in control of who is able to respond to their content, with blocking and reporting features available.

Quinn said the overarching goal for people with disabilities was just to be treated like anyone else.

“I thank you for your attempt at being considerate to us ‘vulnerable’ people but quite frankly we just want to be treated like everyone else,” she wrote.

Chinese short video-sharing app TikTok has acknowledged that content produced by disabled users was deliberately suppressed by the firm’s moderators in a bid to prevent these users from becoming victims of bullying, the media reported. Facing criticism, TikTok acknowledged that its approach had been flawed, the BBC reported on Tuesday, adding that the measure was exposed by the German digital rights news site Netzpolitik.

A leaked extract from TikTok’s rulebook gave examples of what its moderators were instructed to be on the lookout for: disabled people, those with Down’s syndrome and autism, people with facial disfigurements, and people with other “facial problems” such as a birthmark or sight squint.

Such users were “susceptible to bullying or harassment based on their physical or mental condition”, according to the rulebook.

The moderators were instructed to restrict viewership of affected users’ videos to the country where they were uploaded, according to an unnamed TikTok source quoted by Netzpolitik.

The moderators were told to prevent the clips of vulnerable users from appearing in the app’s main video feed once they had reached between 6,000 to 10,000 views, said the report.

A spokesman for TikTok admitted that it had made the wrong choice, the BBC reported.

“Early on, in response to an increase in bullying on the app, we implemented a blunt and temporary policy,” he was quoted as saying.

“This was never designed to be a long-term solution, and while the intention was good, it became clear that the approach was wrong,” the spokesperson told the BBC. 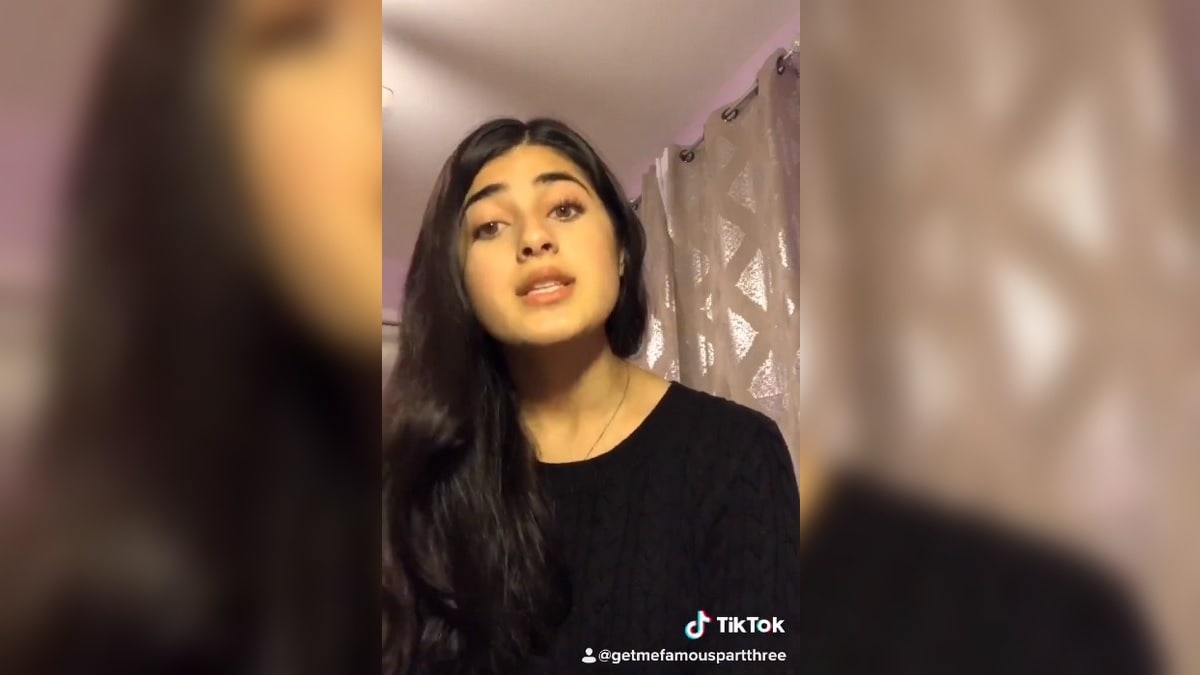 TikTok on Wednesday acknowledged it had erred in penalising a 17-year-old who had posted witty but incisive political videos, promising it would restore her ability to access her account on her personal device. The company’s apology – coupled with a new pledge to reevaluate its policies – still failed to satisfy the teen, Feroza Aziz, who again raised concerns that she’d been the victim of censorship by the fast-growing, Chinese-owned social-media app.

“TikTok is trying to cover up this whole mess,” she told The Washington Post. “I won’t let them get away with this.”

The saga started earlier this week, when Aziz tweeted that her profile had been temporarily suspended. She attributed the penalty to the fact she had recently shared a satirical video that urged viewers to research the harrowing conditions facing Muslims in China’s detention camps. Her comment quickly garnered widespread attention because TikTok is owned by a China-based tech conglomerate, ByteDance, though the company has sought to stress recently its US operations are independent from Beijing’s strict censorship rules.

TikTok, however, said it had penalised her not for her comments about China but rather a video she’d shared earlier – a short clip, posted on to a different account, that included a photo of Osama bin Laden. Aziz’s video violated the company’s policies against terrorist content, TikTok said, so the company took action against her device, making any of her other accounts unavailable on that device. TikTok said her videos about China did not violate its rules, had not been removed and had been viewed more than a million times.

But the video in question – a copy of which she shared with The Washington Post – actually was a comedic video about dating that the company had misinterpreted as terrorism, Aziz said.

By Wednesday evening, TikTok had reversed course: The company said it restored her ability to access her account on her personal device. TikTok also acknowledged that her video about China had been removed for 50 minutes on Wednesday morning, which it attributed to a “human moderation error.”

“We acknowledge that at times, this process will not be perfect. Humans will sometimes make mistakes, such as the one made today in the case of @getmefamouspartthree’s video,” wrote Eric Han, the head of safety at TikTok U.S., referring to Aziz’s account.

“When those mistakes happen, however, our commitment is to quickly address and fix them, undertake trainings or make changes to reduce the risk of the same mistakes being repeated, and fully own the responsibility for our errors,” Han continued.

In doing so, TikTok for the first time offered detail about the actions it has taken to police its platform: In November, the company said, it banned 2,406 devices associated with accounts that violated rules about terrorism, child exploitation or spam. It was part of that sweep that Aziz’s own device had been banned, locking her out of her account there.

“Do I believe they took it away because of a unrelated satirical video that was deleted on a previous deleted account of mine? Right after I finished posting a 3 part video about the Uyghurs? No,” she tweeted Wednesday.

TikTok’s policies have drawn critical attention in Washington, where investigations have begun into whether the platform presents a national security risk.