Tonight in downtown Los Angeles, moviegoers at a ‘Rogue One: A Star Wars Story’ screening got more Vader than they’d expected. At a popular film event series co-hosted by Cinespia, the historic Los Angeles Theatre debuted an immersive way for people to experience what it might be like to step into virtual reality. The one-of-a-kind experience featured characters and scenes from popular VR titles Beat Saber, Moss, Echo Arena, and Vader Immortal: A Star Wars VR Series. The presentation, made in collaboration with Oculus, was a surprise treat for attendees and made use of new technologies and techniques designed to immerse a live theater audience and get a taste of what VR feels like.

The thing about VR is that it’s hard to describe to anyone who’s never tried it. The cocktail of 3D visuals and sound, plus haptic feedback and social presence, all merge to create larger-than-life moments that defy easy description. Oculus and Cinespia created this immersive experience with a four-minute presentation that showcased popular VR experiences, including Vader Immortal: A Star Wars VR Series. The experience was made possible with a combination of lasers, projectors, and practical effects to create an immersive demonstration for a live audience.

The presentation kicked off with a 2D video of Beat Saber, a wildly popular rhythm game. The footage went dark but then resumed as a whirlwind of 3D movement and sound that transported everyone in the room to a virtual playground. Moss, a popular adventure game, then took the audience through a forest temple of magic and mayhem, ending in a faceoff between a slithering snake and Quill, the game’s heroic mouse. The crowd was then zapped to deep space for a look at Echo Arena, a zero-gravity sports game, where the auditorium transformed into an orbital space station, and people got to see 3D characters engaged in combat.

And finally, 42 years after Star Wars: A New Hope first amazed audiences, fans were treated to a holographic projection of the dark lord himself, Darth Vader. He appeared in front of the crowd and brought down the house—almost literally—through the power of the Force and special effects wizardry; theater walls crumbled, lava gushed through the cracks, and the crowd went wild. Audiences were then invited to continue the experience after the movie with on-location demos of Vader Immortal on Oculus Quest.

See also  Facebook Could Face an SEC Problem Next. Here's What We Know. | Barron's

To create this experience, Oculus worked closely with VTProDesign, a team of engineers, programmers, and designers to conceptualize and build the demonstration. The process started with a picture-perfect 3D scan of the building. This allowed the team to create a 16K x 8K resolution spherical map powered by 22 high-powered projectors. And that’s just the start. The team then employed an arsenal of lasers—16 in all—to map the venue space in greater detail and create volumetric beam and aerial effects. The crew even designed a set of custom lasers to project into the crowd itself. 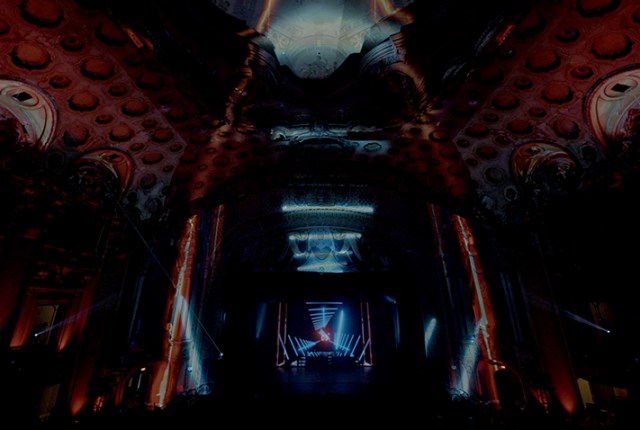 To give the illusion of 3D objects floating around the stage, the engineers had to build a custom hologram mesh screen. They didn’t stop there, though; to enhance the holographic effects, they placed a jumbo LED video screen 25 feet behind the scrim to produce a parallax effect. As a final touch, the team cooked up a suite of practical effects to merge with and amplify the digital ones, like fog rolling in to bolster projections and confetti to simulate in-game particle effects. The show wasn’t just a visual spectacle, either; the team built a custom sound solution using 22 channels of audio and custom tracks to boost the production even further.

After the movie, guests had the opportunity to explore the Los Angeles Theatre, a renowned movie palace rarely open to the public, with full bars and concessions, and a DJ dance party in the ballroom. Fans were even encouraged to dress up for Cinespia’s custom photo booth to take the experience home with them. 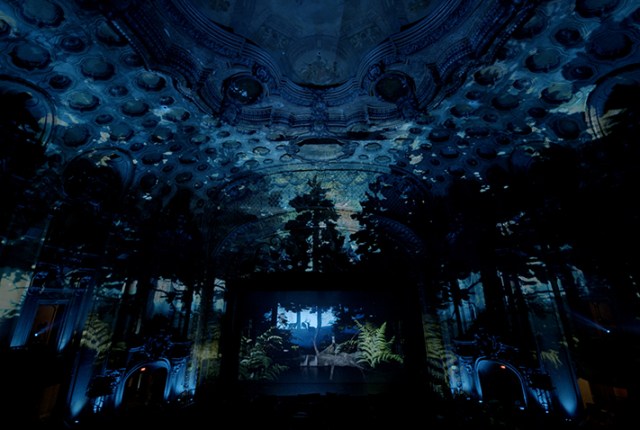 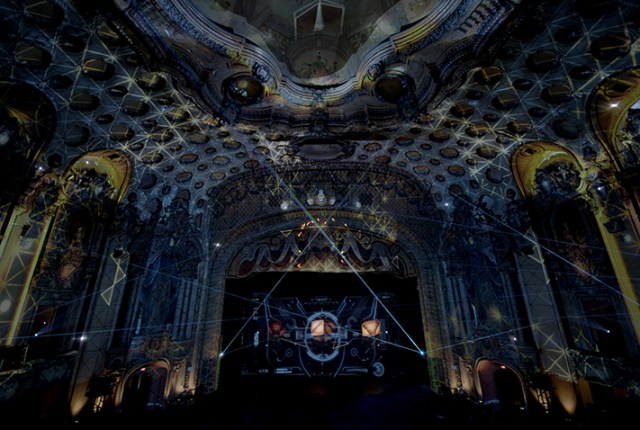 What Is a Data Center?