In the world of espionage, the nation-state is always looking for insiders with access to desired information, and the Kingdom of Saudi Arabia is no different than any other country. The difference between Saudi Arabia and many other countries is how it uses inside information to monitor their citizenry. Free speech as defined in the U.S. First Amendment doesn’t exist in Saudi Arabia; thus, dissidents and critics of the country or royal family oftentimes find themselves on the receiving end of the Saudi government’s internal security efforts.

It’s against this backdrop we witness individuals representing the Kingdom focused on spotting, accessing and ultimately recruiting individuals with access to information of interest to Saudi Arabia in its efforts to monitor dissent among its citizens and critics—this time at Twitter.

According to the criminal complaint released Nov. 6 by the U.S. Department of Justice (DoJ), two Twitter employees, Ahmad Abouammao (41, of Seattle), a “Media Partnerships Manager” at Twitter, and Ali Alzabarah (35, of Saudi Arabia), a site reliability engineer at Twitter, were successfully recruited to provide account information—including content, contacts and  email addresses, phone numbers, IP addresses and dates of births—to representatives of the Saudi government. The recruitment of the two Twitter employees was facilitated by Ahmed Almutairi, aka Ahmed Aljbreen, (30, of Saudi Arabia) who also was named in the criminal complaint.

The Saudi representatives are not named but are described as “representatives of the Kingdom of Saudi Arabia and the Saudi Royal Family.” That may infer the unidentified Saudi individuals were representing the office of Mohammad bin Salman bin Abdulaziz Al Saud (MBS), whose office’s track record of pursuing and persecuting Saudi dissidents is well-documented (think: Khashoggi).

Abouammao was arrested in Seattle Nov. 5. Both Alzabarah and Almutairi absconded and are presumed to be in Saudi Arabia. Arrest warrants have been issued for both individuals.

An FBI special agent in charge (SAC) for the San Francisco Division of the FBI commented, “The FBI will not stand by and allow foreign governments to illegally exploit private user information from U.S. companies. These individuals are charged with targeting and obtaining private data from dissidents and known critics, under the direction and control of the government of Saudi Arabia. Insider threats pose a critical threat to American businesses and our national security.”

The criminal complaint tells us how the two Twitter employees were spotted.

Abouammo’s role brought him in contact with individuals within the Middle East and North Africa region on behalf of Twitter. He aided high-profile users on how to use the platform effectively. Almutairi worked for a social media firm that had the Saudi Royal Family office as a client. The initial contact was innocuous—a query to be answered by Twitter. Abouammo happened to be the one to which the task of responding was assigned.

Through the course of six months, Abouammo was contacted by individuals representing the Saudi royal court, either directly or via professional engagement (Almutairi), and a face-to-face meeting was arranged as Abouammo attended a Twitter global summit in London in December 2014. At meeting, he was gifted a Hublot watch valued at $25,000 to $30,000.

Within a week of the meeting, Abouammo began accessing Twitter users’ accounts and emails, including that of a prominent critic of the Kingdom who had more than 1 million followers. He continued to access the information and provide reports to the Saudi government representative via email. Abouammo also had a relative open a bank account in Beirut, where he received payments from Saudi Arabia and then disbursed funds to his U.S. account at his own cadence.

The first payment for $100,000 landed in the Beirut bank account in February 2019, two months after the initial face-to-face and many email exchanges (which included information which Abouammo was tasked to provide and actions the Kingdom requested be taken, including suspending user accounts). A few months later, Abouammo quit Twitter, but maintained the operational contact with the Kingdom’s representative. He would over time receive an additional $200,000 from the Saudi representative for his collaboration.

Separately, just before Abouammo departed Twitter, Almutairi made contact with Alzabarah, schmoozing him and puffing up his ego by telling him how special he was to the Kingdom. Indeed, he was invited to Washington, D.C., to meet with the same representative of the Kingdom who had recruited and handled Abouammo. Within a week of Alzabarah returning to San Francisco, he, too, began harvesting Twitter user data.

Over the course of the next six months, Alzabarah’s insider access allowed him to capture the data on 6,000 Twitter users on behalf of the Kingdom, including 33 who were on Saudi watchlists and for whom the Kingdom had formally requested information. Alzabarah would continue to access thousands of Twitter user accounts on behalf of Saudi Arabia from his office in San Francisco, as well as while on vacation to Saudi Arabia.

On or about Dec. 2, 2015, Alzabarah was confronted by Twitter as to why he, an engineer, was accessing account data, specifically account data associated with Saudi Arabia. During the interview, he admitted he had accessed the accounts and attributed his access to curiosity. Twitter seized his laptop, placed him on admin leave and escorted him out of the building.

That very evening Alzabarah lit up the phones of his Saudi contacts (Almutairi, his royal family contact, the consulate in Los Angeles, the embassy in Washington D.C. and others). The next morning, at 7 a.m., Alzabarah and family boarded a flight in San Francisco, connected in Los Angeles and flew to Saudi Arabia. Within one week of his return to Saudi Arabia, Alzabarah became an employee of the representative of the Royal Family. We don’t know the size of his signing bonus, but given that Abouammo received $300,000 plus gifts, one can speculate that Alzabarah received a hefty reward for his inside Twitter assistance in squelching the voice of dissent in Saudi Arabia.

Twitter adjusted its internal controls in December 2015 to preclude a recurrence of this type of exploitation of its application by an insider in the future. 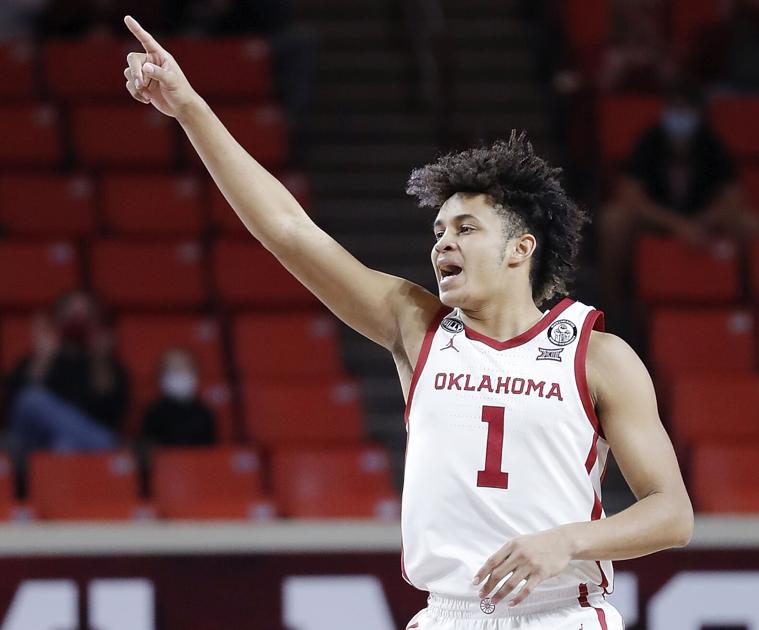 The win marks the Sooners’ second-straight victory over an Associated Press top-10 opponent, after they defeated then-No. 9 Kansas in Norman Saturday. Here’s how Twitter reacted to an OU win over the Longhorns that went down to the wire:

🗣 GO SOONERS!No. 24 Oklahoma knocks off No. 5 Texas in Round 1 of the Red River Rivalry! #Sooners pic.twitter.com/q3gsah8FGI

Oklahoma starts a big week with a big win. Sooners over Texas by one in Austin. Next up for Lon Kruger’s squad? Alabama on Saturday in Norman. The buzz is already palpable.

Blake Nevins on the inbounds throw. Uh, ok. Game over.

That was just like football, sealed with a late interception.

Welp, at least that wasn’t the worst intercepted pass to end a Texas-OU game in the last few months.

Twitter was abuzz today with questions about Credit Karma, the Intuit-owned personal finance company that provides people with free copies of their credit scores. It’s unclear what exactly prompted the discussions, but some users had noted how Credit Karma scores can be, shall we say, more generous than other scores out there.

credit karma: “your credit score is 800”

The short answer for why different entities produce different scores about your credit is because they’re calculated using information from three distinct credit bureaus—Equifax, Experian, and TransUnion—and that information can vary. For instance, a lender may report negative or even erroneous information about you to only one of the bureaus, meaning scores that factor in that bureau would be negatively impacted.

Moreover, different scores are generated using different scoring models. Credit Karma scores use models from VantageScore, which is not as widely used as the market dominant FICO. This is not to say that the score you receive from Credit Karma is inaccurate, but it might very well be different from the score a lender would actually use to assess your creditworthiness. As CNBC reported, it’s not uncommon for consumers to receive a higher score from a service that provides free scores only to be shocked to learn that their FICO score is lower than they expected.

Reached for comment, a Credit Karma spokesperson said that while credit scores may be calculated differently, they typically paint a similar picture about your credit in the end. “It’s important to note that credit scores are highly correlative,” the company said. “That means if you’re rated a ‘good’ in one scoring model, you most likely have a ‘good’ credit rating in all other models. Most credit scores generally consider the same types of factors. While there are certain nuances to credit scores, they usually just weigh different factors or time periods differently.”

That said, the more you know about your scores, the better. If you’re planning to apply for a loan in the near future, it’s a good idea to find out your FICO score beforehand. Often, you can get your FICO score from your credit card company. If not, there are a few services that offer it for free. 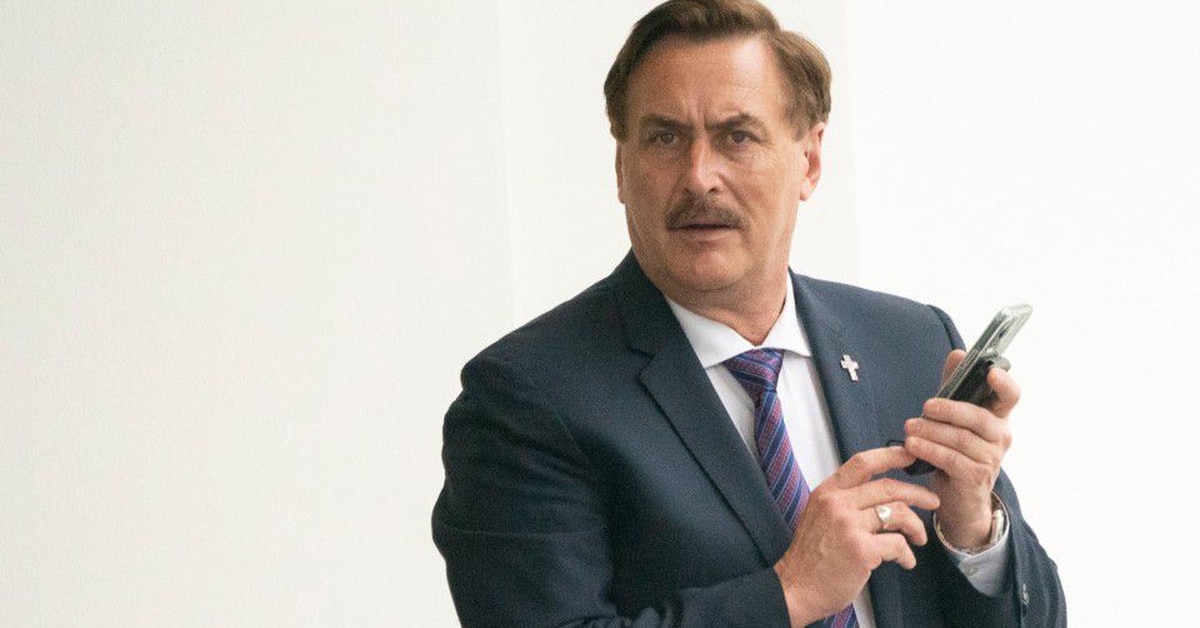 The founder and CEO of My Pillow has been permanently banned from Twitter.

The social media platform announced late Monday that Mike Lindell has been suspended because of repeated violations of Twitter’s policy on election misinformation, Reuters reported.

The exact tweets that lead to the suspension were not released, CNN reported.

Lindell, who is a staunch supporter of former President Donald Trump, financially backed the movements to overturn the 2020 presidential election results.

Lindell had almost half a million followers to spread disinformation about alleged voter fraud in the election, which dozens of court hearings found to be baseless, Reuters reported.

Twitter has an escalating punishment system as users break the rules.

“You may not use Twitter’s services for the purposes of manipulating or interfering in elections or other civic processes,” Twitter said about the policy, according to CNN.

Lindell is not the first high-profile user to be banned from Twitter. Trump’s personal account was suspended Jan. 8, CNN reported.