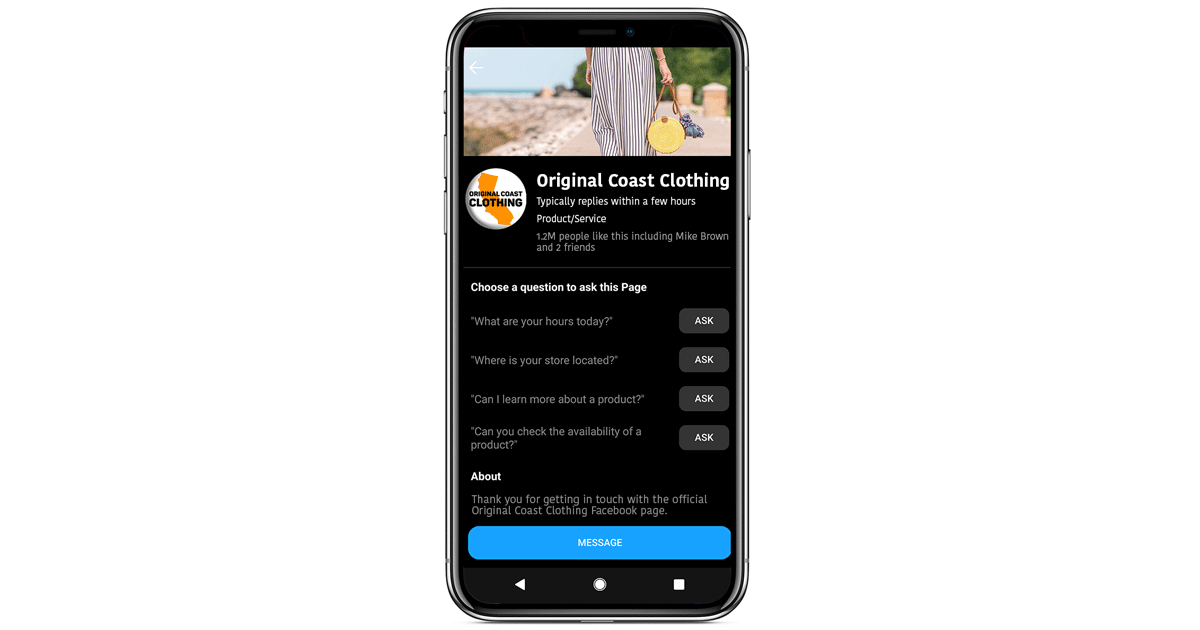 We’re excited to share some updates to the Messenger platform as part of Facebook’s Graph API v5.0 release. Here’s a quick summary of all that’s new:

We are making it easier for brands that have multiple apps connected to the Messenger platform to easily select the app that they want to use for their click to Messenger ads. The first phase of this solution is now available for businesses and we plan to announce additional improvements in the coming weeks.

Icebreakers to help people start conversations with a business

Brands can now set icebreakers on their Messenger profile via the API. Icebreakers help businesses reduce friction in starting a conversation by surfacing common questions or topics of interest.

Reactions help people express themselves and feel more connected. Now, businesses can see people’s reaction to messages from businesses and build a deeper connection with their customers. Message replies adds context to a conversation. Businesses can see which message the user is responding to. This adds more clarity to the conversations and helps businesses respond to inquiries better.

We believe message reply and reactions will help brands personalize the conversations even more when interacting with their customers.

For updates on all the features that are impacted by this release, please refer to the change log. And, as always, let us know if you have any questions or comments!

How to Maximize Sales during Peak Holiday Shopping Season

We are excited to share that, as of today, WhatsApp supports more than 2 billion users around the world.

Mothers and fathers can reach their loved ones no matter where they are. Brothers and sisters can share moments that matter. Coworkers can collaborate, and businesses can grow by easily connecting with their customers.

Private conversations that once were only possible face-to-face can now take place across great distances through instant chats and video calling. There are so many significant and special moments that take place over WhatsApp and we are humbled and honored to reach this milestone.

We know that the more we connect, the more we have to protect. As we conduct more of our lives online, protecting our conversations is more important than ever.

That is why every private message sent using WhatsApp is secured with end-to-end encryption by default. Strong encryption acts like an unbreakable digital lock that keeps the information you send over WhatsApp secure, helping protect you from hackers and criminals. Messages are only kept on your phone, and no one in between can read your messages or listen to your calls, not even us. Your private conversations stay between you.

Strong encryption is a necessity in modern life. We will not compromise on security because that would make people less safe. For even more protection, we work with top security experts, employ industry leading technology to stop misuse as well as provide controls and ways to report issues — without sacrificing privacy.

WhatsApp started with the goal of creating a service that is simple, reliable and private for people to use. Today we remain as committed as when we started, to help connect the world privately and to protect the personal communication of 2 billion users all over the world.

We often talk about the risks you might find online and whether social media companies need to do more to make sure you don’t come across inappropriate content.

Well, now media regulator Ofcom is getting new powers, to make sure companies protect both adults and children from harmful content online.

The media regulator makes sure everyone in media, including the BBC, is keeping to the rules.

Platforms will need to ensure that illegal content is removed quickly, and may also have to “minimise the risks” of it appearing at all.

These plans have been talked about for a while now.

The idea of new rules to tackle ‘online harms’ was originally set out by the Department for Digital, Culture, Media and Sport in May 2018.

The government has now decided to give Ofcom these new powers following research called the ‘Online Harms consultation’, carried out in the UK in 2019.

The government will officially announce these new powers for Ofcom on Wednesday 12 February.

But we won’t know right away exactly what new rules will be introduced, or what will happen to tech or social media companies who break the new rules.

Children’s charity the NSPCC has welcomed the news. It says trusting companies to keep children safe online has failed.

“Too many times social media companies have said: ‘We don’t like the idea of children being abused on our sites, we’ll do something, leave it to us,'” said chief executive Peter Wanless.

The UK government’s Digital Secretary, Baroness Nicky Morgan said: “There are many platforms who ideally would not have wanted regulation, but I think that’s changing.”

“I think they understand now that actually regulation is coming.”

In many countries, social media platforms are allowed to regulate themselves, as long as they stick to local laws on illegal material.

But some, including Germany and Australia, have introduced strict rules to force social media platforms do more to protect users online.

In Australia, social media companies have to pay big fines and bosses can even be sent to prison if they break the rules.

For more information and tips about staying safe online, go to BBC Own It, and find out how to make the internet a better place for all of us.

Facebook Launches Digital Literacy Programme for Women in UP 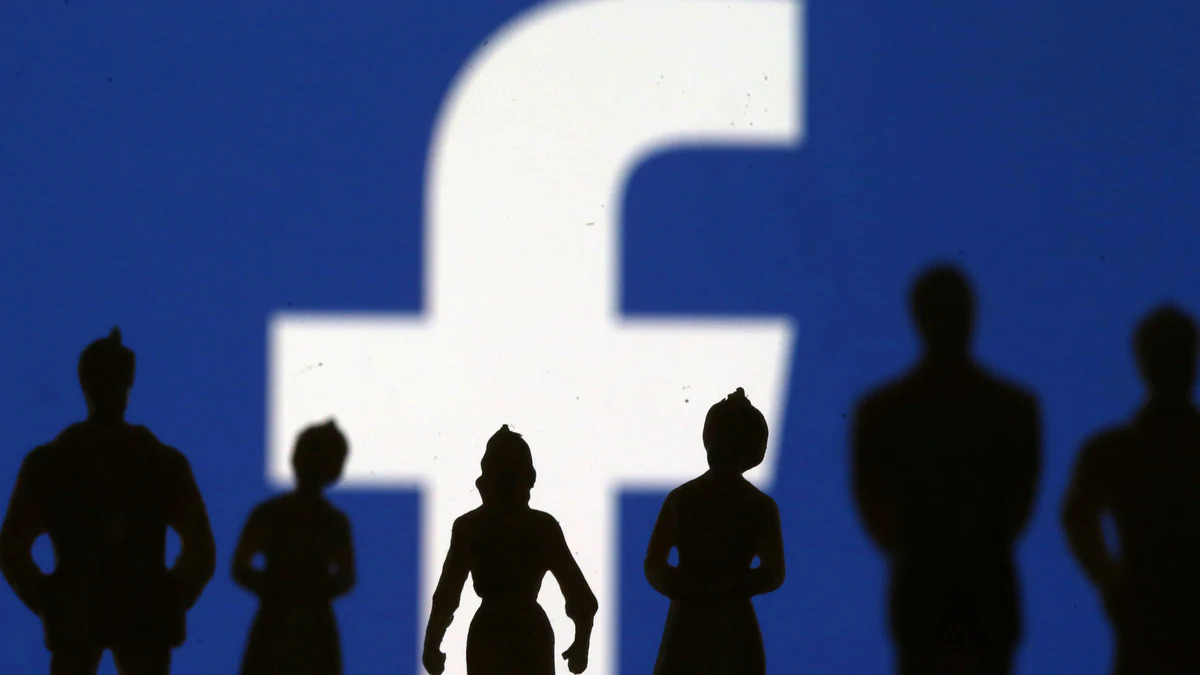 In a bid to provide digital literacy training to 1,00,000 women across seven states, Facebook on Tuesday launched its ‘We Think Digital’ programme in partnership with the National Commission for Women (NCW) and Cyber Peace Foundation on the occasion of Safer Internet Day.

“We are focusing on trying to create digital leadership amongst women and help them use technology for empowering themselves, enable them to make smart choices and secure from online risks. The training looks at transforming the learning process and bring about systemic change,” NCW Chairperson Rekha Sharma said in a statement.

Starting from the state of Uttar Pradesh, the programme will be expanded to other states including, Assam, West Bengal, Madhya Pradesh, Gujarat, Jharkhand, and Bihar through the year.

“The Internet has become a driver for change in the current age. These training modules will open doors of equal opportunities for women of Uttar Pradesh and together with Facebook we want to equip and educate people and help make a positive impact,” said Uttar Pradesh Women Welfare Minister Jai Pratap Singh.

The programme has been designed with a focus on digital literacy and citizenship, addressing issues around privacy, safety, and misinformation.

It was attended by 300 women trainees from across the state and also included workshops by the NCW and Cyber Peace Foundation.

Facebook Launches Digital Literacy Programme for Women in UP